Rose McGowan started her new year off by taking a walk on the beach, but it all went very wrong when she became witness to a brutal assault. 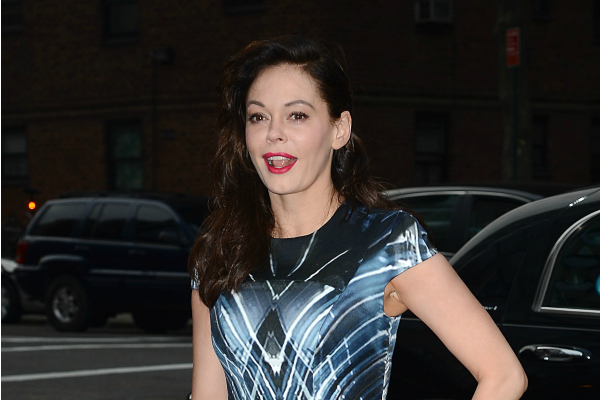 The knockout game is spreading, and Rose McGowan was a witness to an assault on Thursday, Jan. 2. The actress was in Venice Beach the day after New Year’s and saw a man get attacked in front of her. She began to tweet what she saw.

The Charmed actress said the man was harmed in the attack, and she was staying around to help him. But he luckily did have a friend that also stuck around to protect him.

Bleeding from the ear. Called an ambulance for him. His little dog tried to protect. 🙁 RT @Angelfab68: … http://t.co/01yNbsi9ox

McGowan’s fans began asking her numerous questions about the attacker, and what McGowan did to help.

Others told her to take photos of the attacker. She said by that point it was too late.

He was on a skateboard. Too fast. I chased. RT @attitudemilo: @rosemcgowan even a pic of the masked coward … http://t.co/3ShkS3USfY

McGowan also retweeted a fan who pointed out that the knockout game, while sometimes called a “fight,” is actually an assault.

TMZ reports that there is no word on the identities of either the victim or attacker.

The 40-year-old actress was on the beach with friend Courtenay Semel, according to Yahoo. McGowan is busy celebrating life as a newlywed after marrying longtime love Davey Detail back in October only a few months after becoming engaged. It was a third engagement for McGowan, but first marriage. By all accounts, this one is lasting.

Just before the attack, McGowan Instagrammed a photo of herself with a friend on the beach.