It’s always nice to hear good stories about celebrities. Add Jennifer Hudson to that list. She gave her assistant a Christmas to remember. 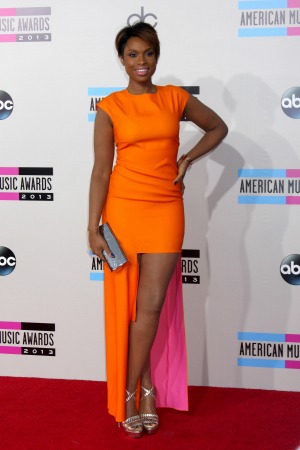 While most people were enjoying their new sweaters and iPods from under the tree, one celebrity gifted her assistant with the present of a lifetime. Jennifer Hudson gave her longtime employee and childhood friend Walter Williams a new house for the holidays.

The best part of the entire moment was watching Williams’ reaction in the Instagram video that the 32-year-old singer posted for her fans. She captioned the video, “My assistant Walter’s reaction when he found out I was buying him a house for Christmas!”

Her friend is seen holding a folder of papers in his hands. Once he realizes how significant his gift is, Williams starts screaming and jumping with excitement.

After his initial reaction, he runs to Hudson and gives her the biggest bear hug. In shock he says, “What?” to the Black Nativity star.

The BFFs are both Chicago natives and they have known each other since their elementary school days at Yale Elementary.

The world reacts to the death of Nelson Mandela >>

The “I Got This” singer described her relationship with Williams to The Advocate in 2011, “Walter and I have been friends since sixth grade. He’s by far my closest friend and my closest gay friend ever.”

The generosity doesn’t end there. Hudson is also looking into turning her Englewood, Illinois, childhood home into a women’s shelter.

She revealed to DNAinfo Chicago last summer, “We still own the home and I would like to turn it into a shelter for women as soon as possible or by my mother’s birthday, which is Nov. 7. At least that is what I would like to see the house used for.”