Justin Bieber and Selena Gomez broke up more than a year ago, and it appeared at least one of them had moved on. But after being spotted together again, many are wondering what it means for the couple. 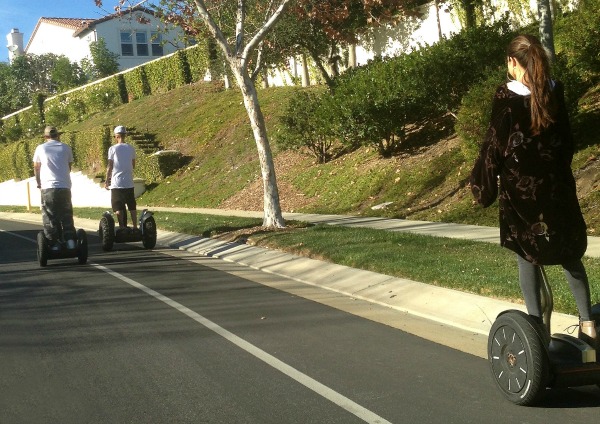 Only a few weeks after Justin Bieber called Selena Gomez the love of his life, making him sound like a sad and clueless ex-boyfriend, it looks like the couple may be back together.

Bieber and Gomez were spotted out together on the streets of his Calabasas, California, neighborhood on Segways. The pair was far from holding hands, though — the “Baby” singer reportedly rode far ahead of Gomez, alongside another friend, according to The Daily Mail.

Back in December, Justin Bieber spoke with radio station Hot 106 about Selena Gomez, saying, “She’s a great woman. I love her till this day.” But the singer got a little deeper, and sounded like he was clinging to a relationship that no longer existed.

“I think we’re going to be the greatest of friends,” he added. “Right now we’re taking a little time and not talking.”

Maybe it was that interview that got the former couple talking again, although Gomez has been acting like she’s over the relationship. But a source told The Daily Mail that couldn’t be further from the truth.

“Dealing with her breakup from Justin has still been affecting her and she’s been in a bit of a bad place recently,” the source said. “Her family stepped in and basically advised her to either go to therapy or stay with them so they could watch over her. Her team agreed that family time would be best.”

“[The breakup] affected us, especially when we are in front of so many people. It’s such a public thing,” Bieber explained about living in the public eye. “It’s just hard for the both of us.”

Bieber and Gomez have both been in the process of growing up. Gomez seems focused on her friends and her health. She recently canceled her Australian tour, and seems to finally be taking time for herself. She posted a photo on Instagram at the end of 2013, which was a pretty good sign that she has grown up significantly in the past year.

The Segway date could mean the breakup didn’t take (to the dismay of millions of Beliebers), or that the two have decided it’s finally time to be friends again.