Since the dawn of live performances, singers have been bringing fans up onstage to sing to them. The fans usually look grossly uncomfortable, which makes us uncomfortable to watch. Watch these videos — and prepare to squirm. 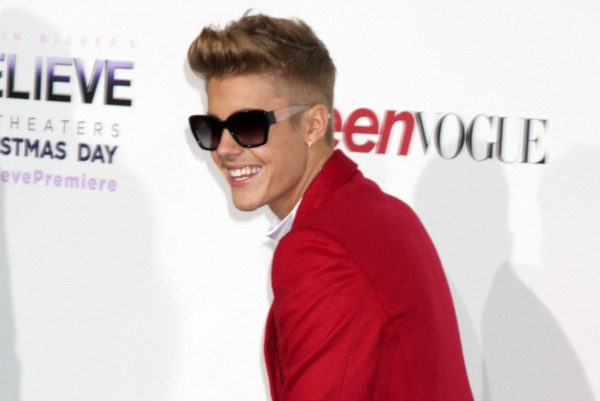 Justin Bieber makes young female concertgoers so excited they could just spew everywhere. The Biebs is in the habit of pulling Beliebers up onstage to sing to them, and the result (if you are not the one being sung to) is toe-curling. It’s like watching a scary movie through your webbed fingers. You sort of grit your teeth and have to look away in parts. JB is a doll for doing this, but watching him fondle and grope girls he doesn’t know onstage is just painful. We couldn’t watch this whole video — you’ll have to tell us how it ends.

No, no, no! Make it stop! The Biebs has got nothing on Drake when it comes to making us vom in our mouths a bit. In this video, the bad boy of rap (who we usually equate with foul language and lyrics), pulls a female fan onstage to sing a ballad to her — and she’s into it! She’s wearing leather booty shorts and busts out with a couple stripper moves, but she spends most of the time holding Drake’s hand and staring into his eyes while he sings. Eww. We’re not sure why this feels so awkward (maybe because they don’t know each other or because one idolizes the other?), but it does. Then Drake kisses his enamored fan repeatedly. We haven’t felt this way since Adrien Brody forced himself on Halle Berry after he won an Oscar.

OK, boys, this is how it’s done. Enrique Iglesias (who is our hero) has a reputation for pulling a fan onstage to sing “Hero” to her. The fan is typically what you may call a “soccer mom” and more often than not she doesn’t have the kind of figure that’s going to land her on any magazine covers anytime soon. We already thought he was hot, but this trademark of his makes us crazy in love with him. It’s still cringe-worthy, but Iglesias always comes off as so sweet and sincere we’d sell our firstborn to be in the lucky fan’s shoes (sorry, son). Stick with this to the end. We promise it’s worth it.

Music review: Does Enrique Iglesias “Turn the Night Up?” >>

Michael Bublé is adorable and funny, and when he starts to talk to a female fan in this video, we think he’s going to pull her onstage. Instead, he pulls her 15-year-old son onstage and Bublé is the one who ends up getting the surprise of the night. This video will make you feel good all day.