The premiere of ABC’s The Assets starts with intrigue, continues with some action and nail-biting moments and ends with a surprise. 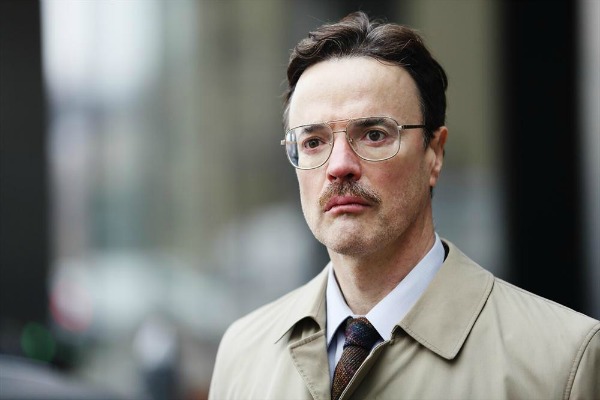 As I watched the premiere of The Assets, I couldn’t help but think how appropriate it was that ABC decided to show this series in Scandal‘s normal time slot. Both shows feature strong women in the lead, but if anything, Sandy Grimes was quite possibly stronger than Olivia Pope.

5 Reasons you’ll get sucked into ABC’s The Assets >>

Before anyone decides to behead me for that comment, listen to why I think that way before you wheel out the guillotine. While Olivia is undoubtedly a fiercely determined woman who should be admired for all that she’s done, Sandy does the same thing with a few more challenges in her way. Both women share the same strength, but what made Sandy more admirable to me is that she was doing it at a time when it wasn’t as common for women to be in places of power. It wasn’t exactly the Dark Ages, but still, women in the ’80s were still fighting to prove what they could do and I would imagine that task was incredibly harder in the spy community.

Other than having a strong woman in basically the lead role, there was a lot more to admire about this series. When I first heard about it, I was fascinated to discover that it is based on real-life events. That definitely made the show more exciting to watch, though I had to fight myself to not go and look up what really happened. I have no idea if the series will follow history to the point of exact detail, but I still don’t want any spoilers — even if those spoilers might be found in history books.

One of the most enjoyable parts of the show for me had to be the setting of the ’80s. Sure, the clothing styles from the ’80s could have been used as nonstop jokes, but other than a brief conversation involving Sandy’s teenage daughter’s choice of school outfit, the clothes are simply worn and ignored. No, for me the allure came from the low-tech way they conducted their spying back then. There were no fancy computer programs and talented hackers breaking into people’s cell phones to pick up super-secret conversations. Instead, there were people risking their lives to deliver paper bags full of money and messages coming across Telex machines.

The premiere episode had a lot of good moments, but the one that stood out for me was the money drop. As I said above, I really enjoyed the low-tech aspect of spying and you don’t get much more low-tech than a guy running all over Moscow trying to avoid the KGB so he could deliver a package full of money to an asset. Every time he found and lost his followers, I wanted to pull my hair out in excitement and frustration. Who knew a scene so simple could have so much drama?

Be prepared: ABC is making changes to streaming availability >>

All in all, the first episode of The Assets had a lot going for it and if the last five minutes were any indication, there is plenty more good stuff to come.

Sandy fighting with her teenage daughter over her attire for school. Classic.

The updates coming through on the Telex machines in between the action. It was a great way to bridge the scenes.

Finding out that they got their asset over a bottle of booze.

The quiet conversation Sandy had with her husband and his reassurance that he knew she would save the world one day.

Sandy figuring out that the entire thing was a set-up.

Sandy telling her daughter that pajamas were more appropriate clothing for school.

A KGB officer calling and asking to defect.

What did you think of the premiere episode of The Assets?