Community Season 5 is upon us and we’re being promised the most epic season yet. But, what will make it so spectacular? 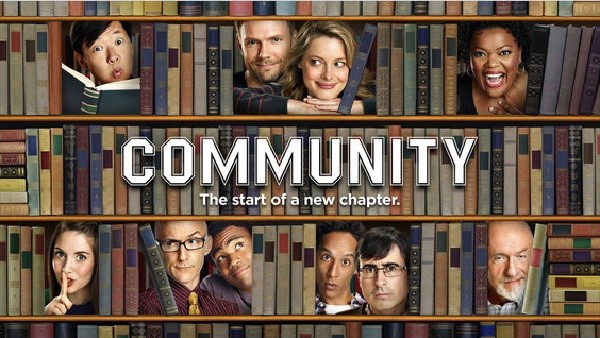 Are you ready for the return of Community? Season 5 is upon us and its network and stars are promising the best season ever. At the same time, however, the show will also be returning to its roots. What are we talking about? Here’s everything you need to know to prepare properly for a return to study group!

Not sure who Harmon is? For Seasons 1-3, Harmon served as the executive producer for the show. After three years of barely clinging onto their slot, however, the network decided it was time to can the creator and try out some new blood for Season 4. Season 4 was by no means a wash. As a matter of fact, it’s those two new names that helped the show land the fifth season and tons more viewers. For hardcore Community fans, however, things weren’t the same. Harmon’s voice, his big ideas and his fabulous Easter eggs were missing. NBC knew it let down fans, though, and now Harmon is back on top.

2) Pierce is out and Troy is leaving

Oh, the drama! In case you missed it, Chevy Chase is leaving Community for… reasons. Meanwhile, Donald Glover, the man behind the amazing Troy, is on to bigger and better things. He’s working on his own TV show and has a new album to promote. He’ll be around for a few episodes, then the study group will say goodbye to him, too. How will Abed take the news? Pretty rough, of course. But Joel McHale talked to NBC and told them that Danny Pudi (who plays Abed) handles it beautifully.

“With Troy’s departure, you will see how if you thought that Danny Pudi was awesome before, he is incredible being this character that is socially different than everybody but is dealing with these big, heavy emotions,” McHale told NBC New York.

Where they left off: Season 4’s epic finale >>

Season 5 is littered with awesome new guest stars. First and foremost, the hilarious and terrifying Jonathan Banks (Breaking Bad) will make an extended, multiple-episode appearance on the show. It sounds like his presence onset created quite the hubbub and should lead to some pretty great episodes.

“Jonathan Banks was incredible,” Alison Brie told Rolling Stone. “He did 11 episodes — he’s basically a new regular — and he brought a really cool energy to set. He’s so professional and everyone had so much respect for him. And we all kind of fear him, so it was interesting watching everyone be better when he was around.”

Banks isn’t the only person set to grace your TV screens while watching Season 5. Among other great names, Reading Rainbow‘s LeVar Burton will show up. There will also be appearances from Walt Groggins, Jon Oliver and Rob Corddry. Castle and Firefly‘s Nathan Fillion also dropped by for an episode and Brie told Rolling Stone no one onset wanted the talented and funny actor to leave.

4) The dynamics will change

After living through graduation, where can the study group go from here? Things will definitely change for the quasi-friends. Troy’s departure will most likely be linked to his first big career move. His absence will put Abed in a difficult spot. Meanwhile, we’ve heard Annie will also show some slight growth. Granted, it’s more of a wardrobe change than anything else, it’s still clear that she’s slowly maturing. As for Jeff, he’ll go from being a student to teacher, but will he clean up his act in the process? Probably not!

We’re back to really seeing the study group grow this year and they’ll do so during moments made even more monumental by Harmon’s writing and storytelling. Remember the paintball episode? From the sound of it, Harmon and the gang have something equally epic in the line-up for Season 5. Take note, though, that they won’t just be spectacular for the sake of spectacle. Epic moments always usher in major changes.

“The scale of these episodes are classic Dan, and the character development is classic Dan,” Jim Rash (Dean) told TheWrap.com. “Nestled between insanity is a love for these people.”

Are you ready for the new school year? Us, too!