Ricky Martin is kicking off 2014 as a newly single man. The singer, who is the father of twin boys, has confirmed a split from longtime boyfriend Carlos Gonzalez. 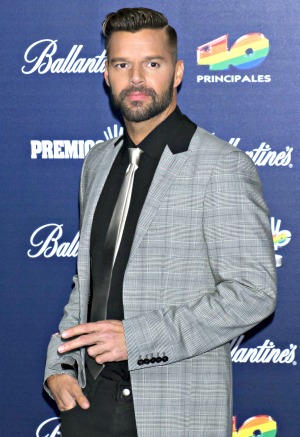 Ricky Martin is officially livin’ la vida loca as a single man. The 42-year-old singer and his longtime partner Carlos Gonzalez confirmed they are no longer a couple Thursday, issuing a statement about their split.

A rep for the father of 5-year-old twins Matteo and Valentino shared, “Ricky and Carlos have mutually agreed to end their relationship but continue to be united by friendship and their shared experiences.”

Even straight boys are “gobsmacked” by Ricky Martin >>

The news likely comes as a surprise to Ricky Martin fans, as the “She Bangs” singer gave just a few small hints all was not right in paradise recently via Twitter.

On Christmas Day he vaguely tweeted, “Just because the lesson comes from someone you love, does not mean it is correct.”

More babies for Ricky Martin? “I would like a little girl” >>

Just last year Martin opened up about their relationship, telling Vanity Fair about how when they met Gonzalez wasn’t exactly thrilled to be dating the father of twins.

“We’re going on four years together,” the singer explained at the time. “When I started the process with my sons, Carlos wasn’t in my life.”

“He said: ‘I’m looking for a boyfriend, not a father with a family.’ And I said to him: ‘You’ve found a grown-up, full-fledged man.’ I created a family structure and if he didn’t understand he’d ask me questions and we were on our way.”

Despite the heartache, it appears a positive routine has been implemented for 2014. As news of the split made headlines around the world, Martin sent this message to his nearly 10 million Twitter followers: “Eat well, train hard, live passionately, sleep well, Repeat!”

Are you surprised to hear of Ricky Martin’s split from Carlos Gonzalez?