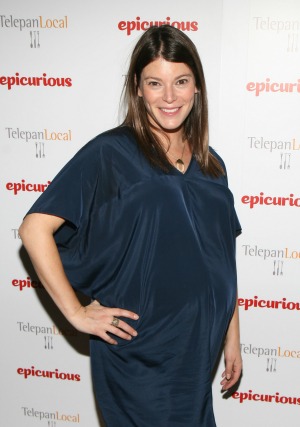 Gail Simmons now has her own little top chef! On Sunday, Dec. 29, the Top Chef judge and her husband Jeremy Abrams welcomed their first child into the world. It’s a girl named Dahlia Rae Abrams.

Simmons and her husband decided to go the traditional route and they waited until the birth to find out the sex of their baby.

She told the magazine at the Emmys, “We’d like it to be a surprise. We have some of the nursery done, but we’re going to wait until [we find out] who this little nugget is.”

The Food & Wine special project director will be returning to the next season of the Bravo show after enjoying her maternity leave. The current season of Top Chef: New Orleans was filmed during the early months of her relatively easy pregnancy.

“I really can’t complain. It’s been amazing,” the 37-year-old mom said. “I feel great and I have lots of energy. I still have a few months left, and then the actual parenting begins!”

The one thing she had to do while filming the series was restrict certain foods because it wasn’t healthy for her unborn baby.

“I didn’t drink, I didn’t drink caffeine and I didn’t eat raw food — raw protein. I didn’t eat raw meat, raw fish, raw eggs and raw cheese. But otherwise you can eat anything you want! I have definitely cut back on eating cured meats, but that’s OK. It’s just nine months,” the foodie explained to USA Today.

Welcome to the world baby, Dahlia!