While the official announcement regarding the show won’t come until May 2014, the future doesn’t look bright for Betrayal. 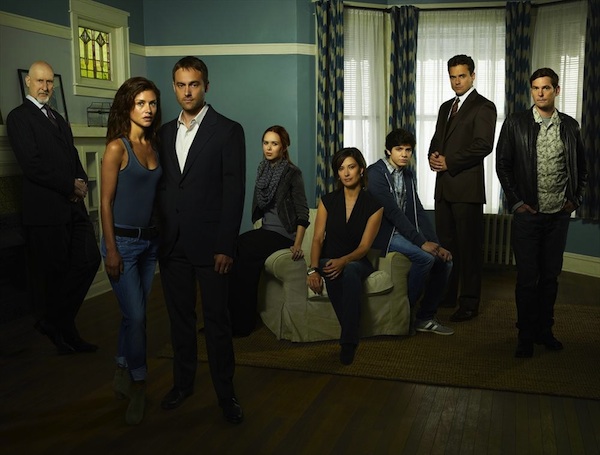 Less than desirable ratings is one thing, but a Season 2 for Betrayal has more working against it than that. ABC has released their early 2014 schedule and, surprise, Betrayal isn’t on it. The show will end its run on Jan. 19 after just 13 episodes.

That doesn’t mean the show is a guaranteed out. ABC is holding off until May 2014 to give the official announcement regarding Betrayal‘s future, but all signs point to cancellation.

Betrayal revolves around photographer Sara (Hannah Ware) and attorney Jack (Stuart Townsend) who meet and embark on a steamy affair despite both being in committed relationships. Things are further complicated when Jack and Sara’s husband end up going head-to-head against each other in a murder trial.

The premise had such potential, and ABC really tried to market the new drama, but when the show premiered, it failed to inspire.

10 things to know about ABC’s Betrayal >>

Despite terrible ratings early on in the season, ABC chose to keep the series on the air. This was most likely a decision made because the network had already canceled another show, Lucky 7, after airing only two episodes. Not to mention, Once Upon a Time in Wonderland also met with underwhelming ratings.

It’s been a rough TV season for ABC. With all three shows underperforming, the network couldn’t cancel them all without having multiple empty slots to worry about filling during the week.

Fans of the show can only hope the season will wrap with a satisfying end. Since Betrayal is being dubbed a “limited series” we’re guessing ABC is aware of the need for closure.

The final episode in Season 1 will air Jan. 19.

Do you think Betrayal should be canceled or is a 13-episode season enough? How do you think the show should end?