After taking a short break for the holidays, Agents of S.H.I.E.L.D. returns on Tuesday, Jan. 7 with an all-new episode. According to the sneak peek preview video and photos, it looks like the truth about Coulson’s brush with death is finally going to be revealed.
www.youtube.com/embed/IAJq65qqr9A
When we last saw poor Agent Coulson at the end of the last episode of Agents of S.H.I.E.L.D., he had just been captured by Centipede, taken away in a helicopter and informed that they wanted to know more about the day after he died. If it wasn’t for the fact that he was captured by the enemy, that would have been a reason for most fans to celebrate. After all, everyone has been waiting a very long time to find out the secrets behind his trip to “Tahiti” and just how he survived death.

The show returns on Tuesday, Jan. 7 with the episode “The Magical Place” and if the preview video and sneak peek photos are anything to go by, it looks like all of those pesky secrets about Agent Coulson are finally going to be revealed.

In the preview video, it’s clear that the team won’t be taking Coulson’s kidnapping lying down. They’re out to get their leader back and they might even be doing things a little differently than the bosses at S.H.I.E.L.D. would like. The clips show a captured Coulson being dragged into the bowels of what must be Centipede’s lair and put under some sort of machine. It looks like the machine will break away whatever walls were built up around the memories of his death and Coulson will finally get to the bottom of what happened to him after he was killed. The question is: Does he really want to know?

ABC has also released a couple of sneak peek photos from the episode. In the photo below, Ward is seen taking down an enemy. Could this mean that the team found Coulson and is staging a rescue? Or could this be part of entirely different mission altogether? 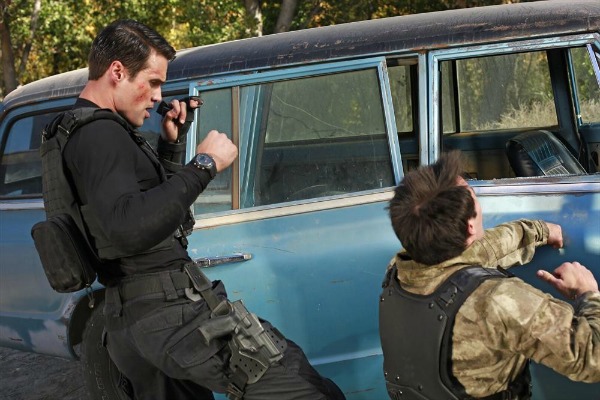 The next photo shows May doing a little butt-kicking of her own, which again makes us wonder when and where this battle is happening. 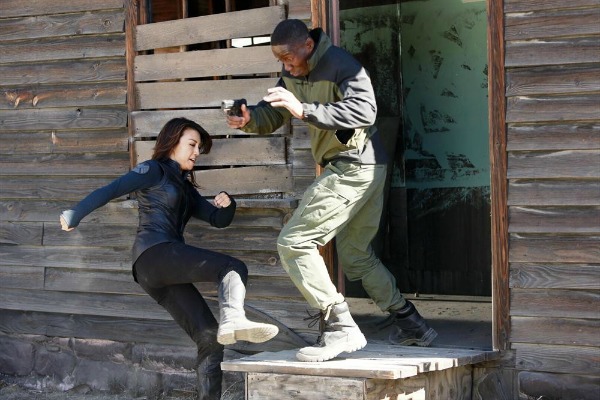 The final photo shows Skye running from an adversary, but careful inspection reveals that there are dummies in the photo. That would suggest that she is being put to the test in a simulation, but does that mean that Ward and May were also fighting simulated enemies? If so, why are they doing drills when they should be rescuing Coulson? 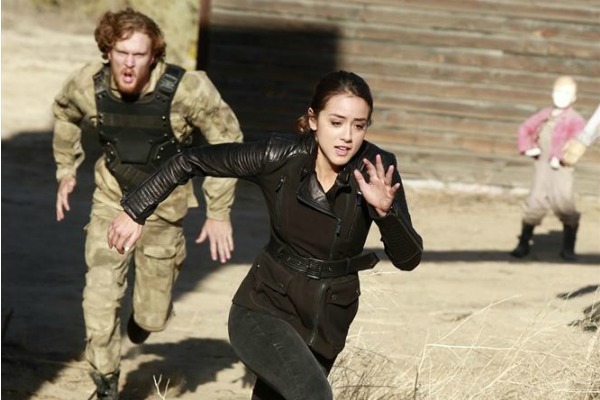 So many questions to be asked and luckily there are only a few days left before the episode airs. What do you think will be revealed when Agents of S.H.I.E.L.D. returns from its short winter hiatus?