Not everyone is happy about Carly Rae Jepsen’s new role on Broadway. Find out what Modern Family‘s Sarah Hyland had to say. 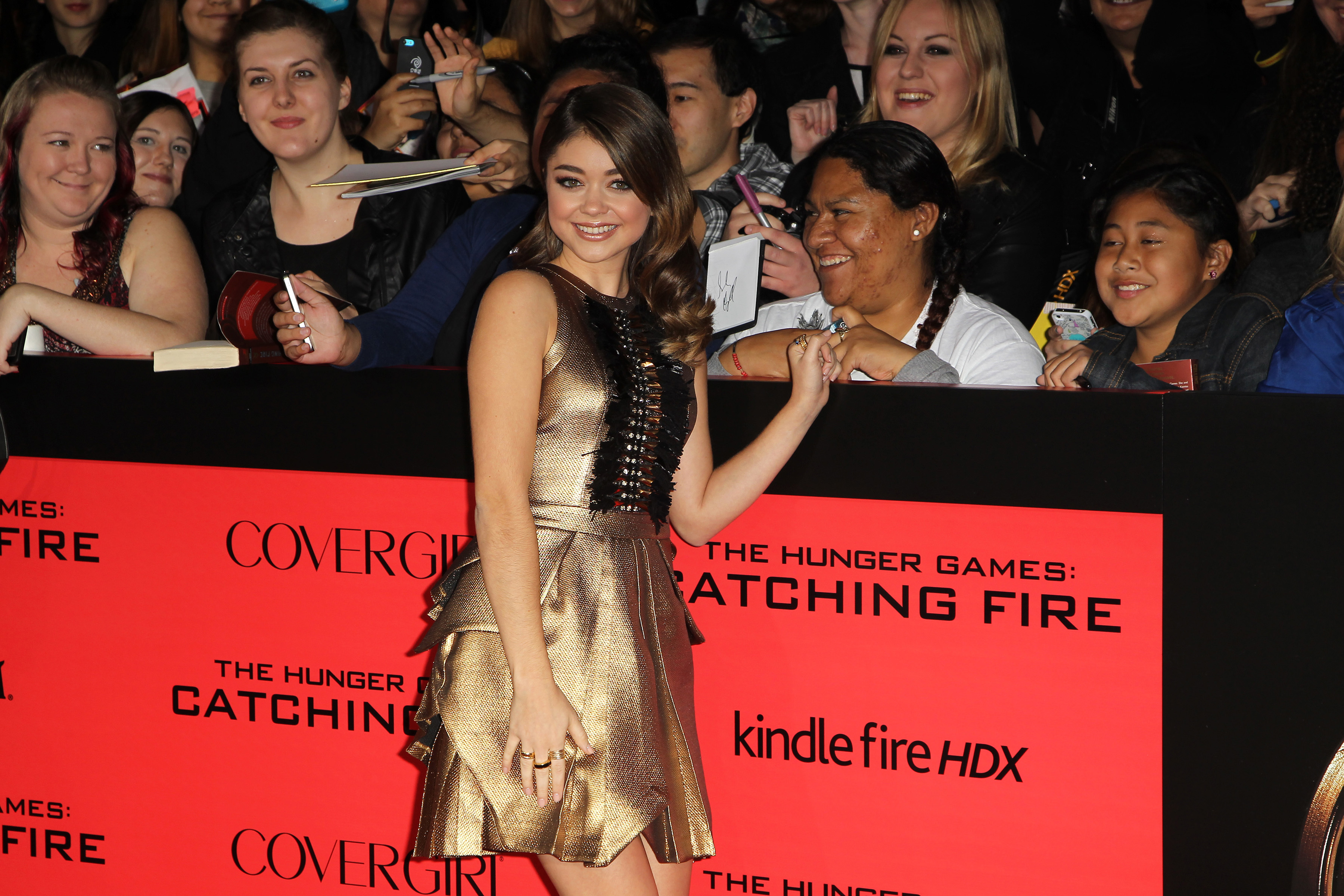 The claws were out on Twitter on Sunday when the announcement was made that Carly Rae Jepsen would be making her Broadway debut in Rodgers + Hammerstein’s Cinderella in February. One of the most vocal people about the casting choice was Modern Family star Sarah Hyland.

VIDEO: Sarah Hyland is a fan of 13-year-old Kiernan Shipka >>

She took to Twitter to talk about her disappointment and she even tagged the show’s current star, Laura Osnes, looking for sympathy.

https://twitter.com/Sarah_Hyland/statuses/417524964799946752
It’s pretty clear that the sitcom actress wasn’t getting the positive response to her comments that she perhaps thought she would. She backtracked a bit.

Hoping she will be amazing. I'm hesitant though….

Jepsen eventually got some social media support from Osnes who schooled the entire internet on how to behave.

Have we learned nothing from Ella about charity, generosity, and kindness? @CinderellaBway

It sounds like the reprimanding tweet also reached Hyland, who put out one final message about the whole Jepsen debacle.

Too avoid anyone assuming things? My previous tweets do not mean that I'm not a Carly Rae Jepsen fan. The end.

The “Call Me Maybe” singer is scheduled to take over the role from Osnes on Feb. 4 along with The Nanny star Fran Drescher who will be playing her evil stepmother. It will be a limited engagement, though. Jepsen will only be appearing in the show for 12 weeks while Drescher will be onstage with her for 10 weeks. The move is seen by many as a way for producers to boost box office sales during a typically slow time on Broadway.