Celebrities used their favorite form of social media, Instagram, to shock and awe their fans. Here are a few of the most memorable and popular celebrity Instagram images from 2013. 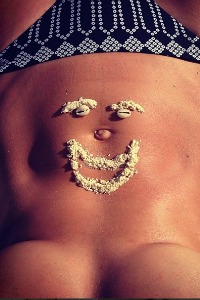 Heidi Klum
Heidi Klum took us on her trip to Bora Bora where she treated us to several topless photos (taken by Klum’s mother), including this one. Hey, if we looked like that topless, we’d put a smiley face made out of sand and shells on our stomachs, too. 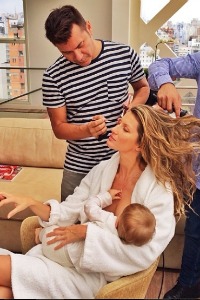 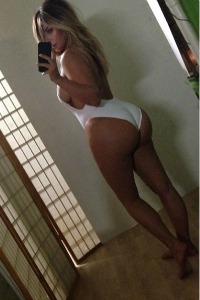 Kim Kardashian
Kim Kardashian had an amazing year. She gave birth to baby North West and got engaged. While pictures of baby Nori are a huge hit with fans, Kardashian put all those who mocked her pregnancy weight in their place with this post-pregnancy selfie. 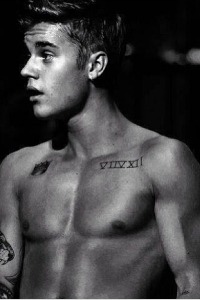 Justin Bieber
So this is what is going on under those goofy hats and baggy/skinny jean hybrid pants. Sure, we could have chosen an Instagram pic of Justin Bieber hugging a kid, but somehow this one really spoke to us. 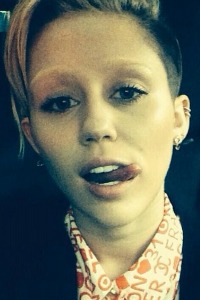 Miley Cyrus
The only thing more popular on Instagram this year than Miley Cyrus, was her tongue. It’s hard for Cyrus to find a way to stand out from herself, but here, she managed to do so by posting a pic that shows she either bleached or shaved her eyebrows. 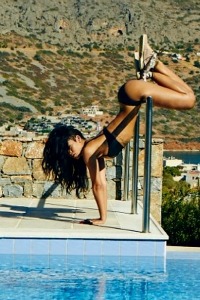 Rihanna
Rihanna really doesn’t care what we think, and she uses her Instagram images of her drug use and scant bathing suits to prove it. Here, while on a photo shoot in Greece, RiRi decides to showcase her gymnastic prowess. 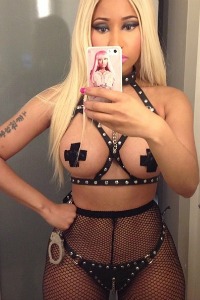 Nicki Minaj
Holy electrician’s tape! Wowza. Nicki Minaj posted this Instagram photo on Halloween with the caption, “Officer Minaj. Who wants to get cuffed?” What do we expect from a gal who has her own image on her phone case? 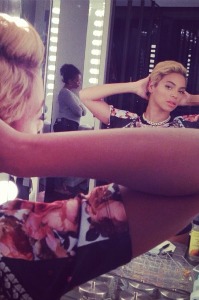 Beyoncé
Fans gobbled up pictures of Beyoncé in 2013. Anything Queen B posted that showed her sans makeup or with her daughter Blue Ivy was a huge hit, but this one revealing her pixie cut really sent shock waves through the Mrs. Carter community. 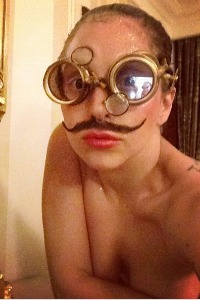 Lady Gaga
Lady Gaga shocks us every time we see her. Like Miley, it’s hard for her to outdo herself, and a surprising number of Gaga’s Instagram selfies are of her looking somewhat normal. For this jaw-dropping Instagram moment, Gaga lost the shirt and rocked a ‘stache and funky glasses.