After more than 20 years together, is Oprah Winfrey finally ready to walk down the aisle with her man Stedman Graham? Or will he have to wait another 20 years? 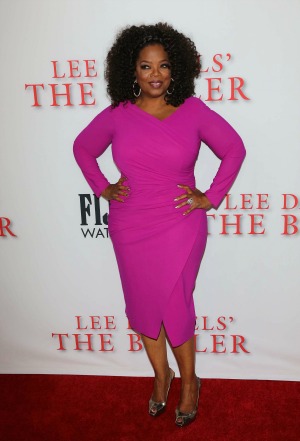 The world has been speculating as to whether Oprah Winfrey will ever decide to take another leap of faith and finally marry her fiancé of more than 20 years, Stedman Graham.

The legendary talk show host has been dating the businessman since 1986 and originally accepted her beau’s proposal in 1992 after six years of dating, but the pair still have not decided to wed.

However, Graham is not getting any younger and has decided he wants to ask the love of his life to marry him once again after being inspired by an emotional trip to South Africa for the great Nelson Mandela’s funeral on Dec. 15.

A source has allegedly revealed to The National Enquirer, “It was a highly emotional journey for Oprah, who loved Mandela and everything he stood for. During this time of grief there was only one person in the world she turned to — her Stedman.”

“It was a spiritual mission and Stedman held her close during the funeral service. He realized right then and there he wanted to spend the rest of his life with Oprah as a married couple.”

The couple have been together for almost three decades and it is now believed the 62-year-old motivational speaker wants to make his lady’s 60th birthday extra special and once again ask for her hand in marriage.

The source added, “Stedman feels the two are soul mates, they’ve lasted together this long and should finally make it official. Stedman also realized that when their days end, he wants to be buried next to Oprah and knows that will only happen if they wed.”

However, Winfrey herself has spoken about why she has not tied the knot with Graham. The self-made billionaire revealed to Lorraine Kelly only a few months ago that, “If I had wanted to get married, I could’ve made the time.”

“I’m not a traditional woman and I haven’t had a traditional life and I think that had Stedman and I gotten married, we certainly would not have stayed married.”