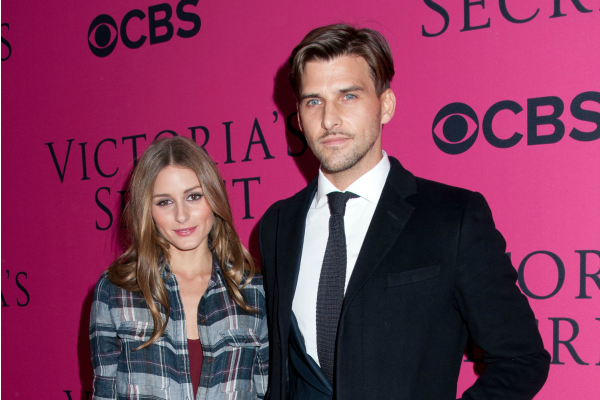 It has been a big couple of months of engagements, and Olivia Palermo‘s is the latest. The City star’s new fiancé, Johannes Huebl, made the announcement Wednesday, Jan. 1, via Instagram.

“Happy New Year to everybody and this is how we celebrate it: OP said YES,” Huebl wrote along with the video.

The couple was vacationing over the holidays in St. Barts, and Palermo displayed her ring in the video. Palermo and Huebl met through mutual friends, but have also modeled together. They have been dating since 2008.

“I think we have a very conservative, old romantic, private approach to our love,” Huebl told E! News.

Huebl is a German-born model, and Palermo is a socialite who may be best known for her role on The City opposite Whitney Port. The show had her playing the villain, but Huebl saw through the character.

“She is completely different than she’s been portrayed on her job, everyone who meets her — especially with me — is surprised about her happiness, and her friendliness and smiles,” Huebl told Elle in 2010.

Palermo also said she is not quite the person people saw in The City, saying she has grown up since the show.

“I’m a much nicer person, much more laid back and relaxed, not serious like they show me,” Palermo told the Los Angeles Times (via E! News). “They can only use so much footage in 30 minutes, so I think that they really narrow it down and sometimes it doesn’t come out exactly how I would like.”

Palermo joins Whitney Port and Lauren Conrad in the soon-to-be-married club. Port was engaged in November to longtime love Tim Rosenman, and Conrad was engaged back in October.

Palermo also gushed about her future husband, telling Elle that “I think that we grow together.”

“I think that I’m constantly learning, and we’re both eager to learn about not only each other, but our interests.”