Kaley Cuoco and Ryan Sweeting met only a few months ago, but knew it was meant to be right away. They were married New Year’s Eve right outside Los Angeles. 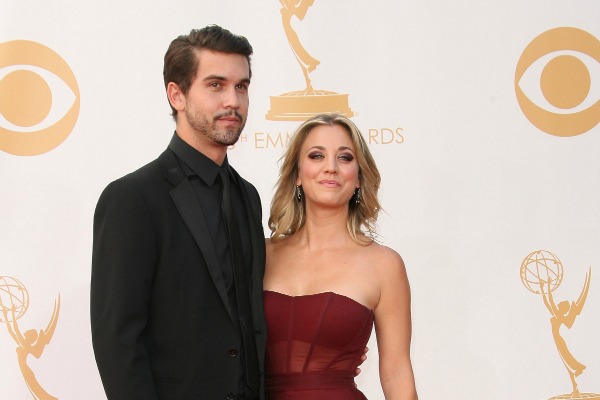 Kaley Cuoco has high hopes for 2014! The actress rang in the new year by marrying her fiancé, Ryan Sweeting.

The actress shared her joy by posting numerous Instagram photos of the celebration, including this one with the caption “Yep 🙂 #thesweetings @ryansweething“

The couple got engaged in September after dating for only three months. The whirlwind romance culminated in the New Year’s Eve wedding, where the bride wore pink. Cuoco’s gown was a Vera Wang strapless tulle ball gown, according to E! News.

Cuoco and Sweeting reportedly married in front of 150 of their closest friends and family at the Hummingbird Nest Ranch just north of Los Angeles. Those guests included Cuoco’s ex-boyfriend Johnny Galecki. The actor recently opened up about dating his Big Bang Theory costar. When asked about her engagement, he said he was “terribly happy” for her, according to Us Weekly.

It was only a few months ago Cuoco was dating Man of Steel‘s Henry Cavill, but now she is a married woman. Cuoco first appeared with Sweeting publicly at the Emmy Awards in September. That night, she posted a photo with her future husband, with the caption “greatest date ever.” Sweeting later reciprocated, by saying, “A million people, all I see is her.”

New Year’s Day, Cuoco posted more photos of their wedding, saying the wedding was the “Greatest night of my entire life 🙂 @ryansweething“

The couple rang in the new year the right way. Congrats to the newlyweds!