Lorde is quite picky about which descriptors she’s willing to embrace. While “pop princess” passes the sniff test, other choice phrases are vomit-worthy. 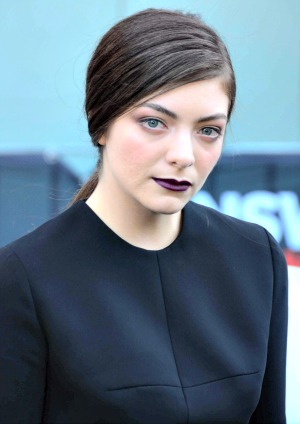 Lorde, the songstress who broke out big time in 2013 with the megahit “Royals,” is happy to be known as one of the world’s many pop princesses, but don’t go so far as to call her a “teen hottie” unless you want to see her barf.

Lorde wants the world to know she’s sex-positive, not at all a prude >>

Seventeen-year-old Lorde, seen here on Dec. 1 at the 27th ARIA Awards, recently vented to The New York Times, “The phrase ‘teen hottie’ literally makes me want to throw up.”

“Pop is about distilling what you want to say and making it easy. And the way I write isn’t about making things easy. It’s a weird juxtaposition.”

The young beauty, who was born Ella Maria Lani Yelich-O’Connor in 1996 in New Zealand, prefers to think of her ‘pop princess’ personality as not too far off from her real-life nature.

“I would like to think that my public persona comes naturally to me and isn’t that dissimilar to my real way of doing things,” she went on. “I’ve turned down easily tens of millions of dollars doing what I do and saying no to things that I think are corny.”

Elaborating on the secret recipe that is quickly making her a household name, Lorde added, “I’m trying to make something people my age will care about, trying to keep my peers feeling like I’m doing something for them or representing them in some way.”

What do you think is the key to Lorde’s success?