Katy Perry got the surprise of her life when Stevie Nicks dedicated a song to her and John Mayer. That’s when Mayer went in for the kill. 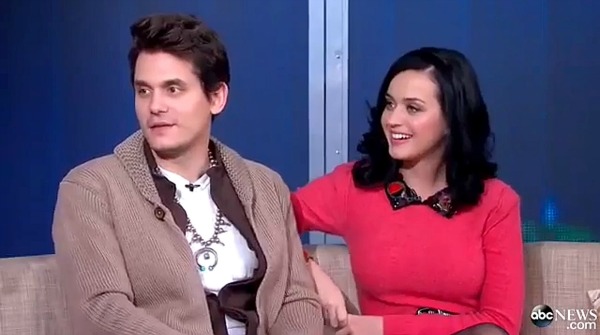 Stevie Nicks has had a very busy week. Not only did she officiate Vanessa Carlton’s wedding to John McCauley, she also played a big part in why John Mayer took over Katy Perry‘s Twitter account.

The couple have been in Las Vegas, Nevada, for the past few days with the “Firework” singer taking in Britney Spears’ new show and attending a performance of Cirque du Soleil’s Le Reve. On Monday, the two singers caught Nicks’ concert at the MGM Grand Garden Arena.

The former Fleetwood Mac band member did something special for the duo that Perry will probably remember for the rest of her life. Nicks dedicated her iconic song “Landslide” to them.

The 29-year-old Grammy winner idolizes Nicks, so it was a pretty significant moment for her last night. That’s when Mayer took the opportunity to take over his girlfriend’s social media account.

Perry and Nicks worked together in 2011. The 65-year-old legend narrated her trailer for “The One That Got Away” music video. It was a moving experience for Nicks.

Katy Perry reveals the cure to a broken heart: An alcohol ban >>

Nicks told WENN: “About a minute in, I just began to cry. It reminded me of my own life and losses, and of the last fight that Lindsey Buckingham and I had. By the time it ended, I said, ‘Well, that’s just the saddest thing I’ve ever seen!’ That was exactly the reaction she wanted. So she handed me the type-written pages and I read my lines. It was an amazing experience.”