Paris Jackson is on her road to recovery and was granted some time away from her school to enjoy a family holiday in Hawaii. 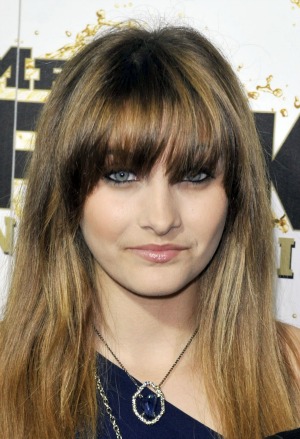 Paris Jackson has had a turbulent year and gave her family a scare with her attempted suicide in June this year when the teen slashed her wrists and took pills. However, now things in Paris’ life appear to be improving and she is well on her road to recovery.

The 15-year-old daughter of the late Michael Jackson decided to take a much needed break and spend some time with her family and biological mother Debbie Rowe.

Paris took to Instagram to share her happiness and posted a candid shot with her and her mother that was taken during their family Christmas break in Hawaii.

The picture was simply captioned: “Momma :)”

With all the turmoil and serious issues that Paris is still suffering from, it is good to see her reconnecting with her mom, who she originally lost contact with after divorcing the prince of pop in 1999.

However, in the past year, the family is starting to reconnect and it is believed that Paris’ relationship with her mother is an important part of her healing process.

The troubled teen was given a temporary break from her $14,000-per-month therapeutic private school in Utah to spend some time with her mother, her brothers Prince Michael, 16, Blanket, 11, and her two cousins Jermajesty and Jaafar Jackson.

Paris and her mother have been spending a lot of time together over the festive season and according to source who told Radar Online: “The two have spent significant time together during Paris’ break from school.”

It was previously reported by E! Online that Paris was unable to spend her vacation at home for fear that she may not want to return to her school.

“The family doesn’t want Paris to spend her entire winter break at home because they don’t want her getting comfortable,” the report said.

“The family thinks Paris will try to talk her way into staying home after showing the family she’s gotten better.”