After three years of dating, rapper Eve finally got the best Christmas present — an engagement ring from her beau Maximillion Cooper. 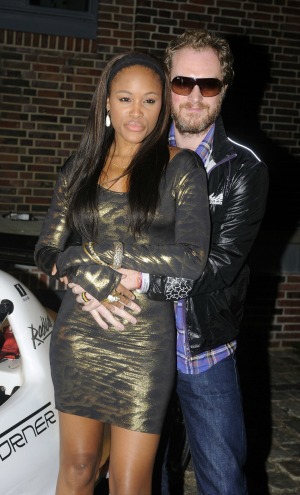 The festive season certainly appears to the most romantic and stars across the globe have decided to take their love to the next level with romantic proposals. The latest to join the increasingly long list is rapper Eve Jihan Jeffers, who is better known as Eve.

A rep for the star has confirmed to E! News that she did indeed get engaged on Christmas Day.

The couple’s love has managed to survive the distance as they usually have to divide their time between the U.S. and London, England, but the duo’s relationship has gone from strength to strength since they got together in 2011.

There had been speculation as to whether the couple were engaged when the “Let Me Blow Ya Mind” rapper showed off some sparkly bling on her Instagram account. The image showed a very happy Eve surrounded by her family and a beautiful and rather visible diamond ring on her left hand.

The Whip It! actress captioned the image: “#familytime!!!! Me and my mom and my lil brother Farrod just got to the English country side. Feel so#blessed to be with my family and sharing my life here. I pray that you bring 2014 in with people you #love. And nothing but #good #energy. (sic)”

James Blunt has finally gotten engaged to his girlfriend >>

According to E! News, the newly engaged couple have been enjoying a relaxing break with their families in Edinburgh, Scotland, and they were thrilled to share their festive spirit with fans.

Cooper shared his love with a post on Instagram captioned with: And on another: “My lil’ #scottish #Eve in #edinburgh #boxingday#mulledcider #happyholidays.”

Congratulations to the happy couple and we look forward to seeing Eve’s wedding dress as she walks down the aisle for the first time.