Prince William is heading back to school in a bid to eventually raise more cash for himself and his family. 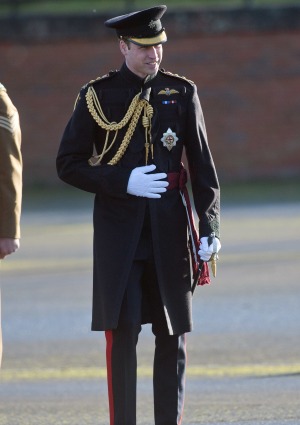 Prince William is not content to be rich, famous and royal — the future King of England wants to train his brain, too!

The palace confirmed on Monday that Wills will undertake a 10-week agricultural course through Cambridge University designed to aid him in one day running the Duchy of Cornwall, which will come to him when his father, Prince Charles, the current Duke of Cornwall, ascends the throne.

That’s right — the Duke of Cambridge is going to Cambridge.

In a statement via Clarence House, the palace explained, “The Duke of Cambridge is to undertake a 10-week bespoke program in agricultural management, organized by the Cambridge Program for Sustainability Leadership at the University of Cambridge.”

“The executive education program of seminars, lectures and meetings will draw on the strengths of academics across the university. It will start in early January and run until mid-March.”

“The course has been designed to help provide the Duke with an understanding of contemporary issues affecting agricultural business and rural communities in the United Kingdom.”

The Prince already holds a Scottish Master of Arts degree with upper second-class honors from the University of St. Andrews. He left his post as a rescue helicopter pilot with the Royal Air Force last fall to spend more time with his family and on his royal duties.

The Duchy of Cornwall is held by each successive Prince of Wales, a title that is in turn held by the eldest son of the reigning monarch. Its purpose is to provide income to the heir apparent. Prince Charles has chosen to spend about half the Duchy’s income on public and charitable works.

Upon finishing the course, Wills and his uber glam wife, the former Kate Middleton, will be off on a monthlong tour of Australia — and rumor has it Prince George will be in tow.

What’s in a name? The history behind George Alexander Louis
VIDEO: Prince Harry completes trek to the South Pole
Queen Elizabeth tells cops to keep their mitts off her nuts