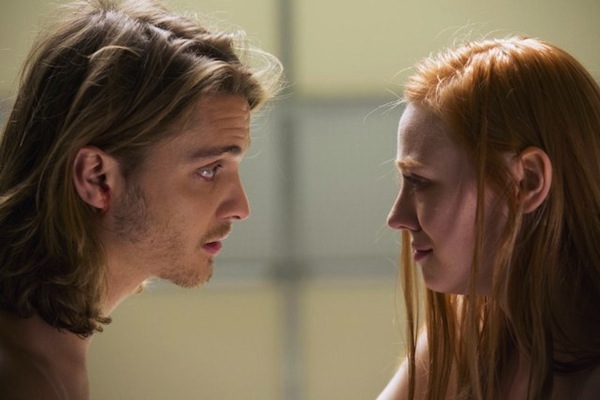 You’ll remember his character James as True Blood Season 6’s dashing vamp-camp hero, who proved to Jessica — and everyone else — that vampires can have a soul. Now, it seems actor Luke Grimes, who portrayed the vamp, is the first to bite the dust before Season 7 has even premiered.

TVLine is reporting the role will be recast, which means the character James will still be included in the show. Grimes will not. The actor, after all, has quite the busy schedule lined up for 2014. Fifty Shades of Grey is among the handful of films he has slated for release. Grimes will take on the role of Christian Grey’s brother. The book-to-movie adaptation has just begun filming and is already garnering Twilight-esque buzz.

That role in and of itself would justify the actor’s exit, but according to Zap2it, True Blood‘s seventh season problems went beyond Grimes being cast in another role. The site is reporting that a source close to the show said Grimes wasn’t happy with the direction of his character for the final season. It was Grimes who made the final decision to leave his contract early.

The site further alleges that Grimes wanted to work with his Forever co-star Deborah Ann Woll, who plays Jessica, but the show had another direction in mind for his character James. So we’re going to make an educated guess here and assume the two characters won’t be staying together in Season 7 for long? At least that means Jessica will probably end up with Jason!

Also on the upside, it has been confirmed that Alexander Skarsgård will be a Season 7 series regular despite his apparent demise at the end of Season 6. There’s still hope!

Production for True Blood‘s final season begins next month with a scheduled air date for June 2014. Will you be watching?