Lily Allen is at it again, and this time she is slamming the entire world of pop music for not being as cool as she remembers it being when she was a kid. 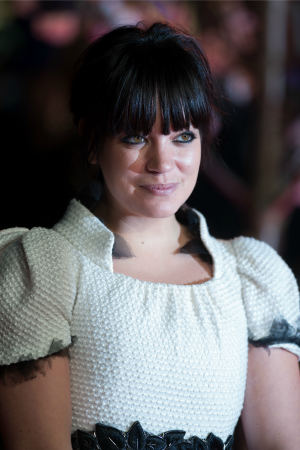 Lily Allen has never been shy about expressing her opinion about the world of pop music. But it turns out that Allen, who is a pop star herself, is so jaded because of what she thought becoming famous would be like.

“I feel like when I was growing up and dreaming of being a pop star, it was the days of Britpop when things felt authentic and anarchic, and people were taking drugs and having a lot of fun and having sex with each other and it wasn’t fake, it was real,” Allen told Esquire UK.

Is Allen saying she was disappointed to find no real sex or drugs? Either way, she said what she found was much less than what she had ever imagined.

“So excuse me if I found it a bit disappointing when I arrived and it was a bunch of sterile f***ing botoxed idiots that stank of desperation,” Allen added.

The 28-year-old released her latest single “Hard Out There” in November, and wasn’t vague about her feelings for the industry, telling the Guardian, “Nobody says anything real today.”

The singer entered that world of fame in 2006 with her album Alright, Still, and her music has continued to mock the world she is a part of. Things got even worse when she decided to start a family, and found out what others really thought of her.

“I thought the people in that showbiz circle were my friends. But almost the second I got pregnant and I wasn’t able to go out and party, they were suddenly quite nasty,” she added via the Huffington Post. “There’s a way that those people survive, and it’s not by being nice. The way they make themselves feel powerful is to ostracize other people.”