Gabrielle Union and Dwyane Wade announced the exciting news of their engagement last week, but it looks like a new baby threatened their relationship. 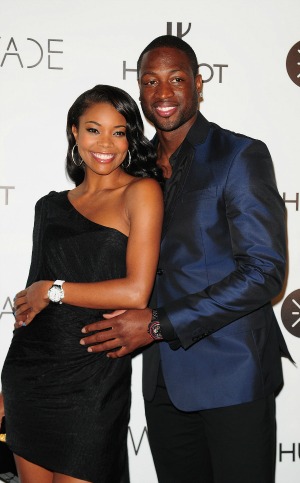 NBA star Dwyane Wade and Gabrielle Union were engaged last week, but their road hasn’t been an easy one. Wade reportedly became a father for the third time recently, and it has caused a rift in the relationship.

Wade had two children with his ex-wife, Siovaughn Funches, a woman he divorced in 2010. This third baby was born to a woman who has reportedly known Wade “for many years,” a source told Entertainment Tonight.

Wade and Union have been dating since 2009, which makes the new son somewhat of a surprise. But a source told ET the baby was conceived while Wade was “on a break” with Union.

“Celebrity relationships [are] very hard,” Wade told Jay Leno about the “break” back in September. “This was a big year for us and our relationship from the standpoint of she was shooting her show Being Mary Jane, going most of the year. I was dealing with my injuries, trying to win a championship, so we kinda took a step back.”

But eventually, the couple decided they were meant to be together and did what they could to stay in the relationship.

Wade is also raising his nephew, and is reportedly a committed father to his children. He recently participated in President Obama‘s Fatherhood Task Force, and released a book — A Father First: How My Life Became Bigger than Basketball. He has become a New York Times bestselling author with the book.

By all accounts, Wade is a committed father and is doing all he can to raise his three sons. He has been involved in a custody battle with Funches for years, partially due to Union. She filed a lawsuit against the actress in 2010 claiming “intentional infliction of emotional distress” because of Union’s relationship with Wade, according to E! News.

Wade and Union have obviously made up and appear happier than ever. Sources told ET that they may be planning a September wedding.