Jon and Kate Gosselin divorced years ago, but the two continue to fight about their parenting skills and their kids in the press. It’s exhausting. 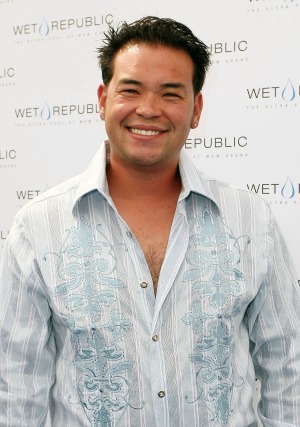 It’s been almost five years since Jon and Kate Gosselin split up, but it seems like yesterday because the two continue to battle it out in the media. In a new interview with Philadelphia Magazine, Jon skewers his ex-wife.

The 36-year-old father of eight shared, “Everyone thinks I’m out to get Kate. I don’t give a f**k! What would I get out of it? Everyone knows she’s an a**hole, you know what I mean? I don’t have to — she’s proven that!”

The former TLC reality star is promoting his appearance on Season 4 of VH1’s Couples Therapy with his girlfriend, Liz Jannetta. The couple has been dating for two years.

While he is still doing reality television, Jon happily criticizes Kate’s desire to be in the spotlight.

“Kate wants to still be on television. She’s now digging into the past, because that’s what sells. Too late, honey. No one gives a f**k, really,” he said.

Ouch! Isn’t that the pot calling the kettle black?

He also lambasted her skills as a mother because she allegedly talks too much about their eight children on social media.

The Jon & Kate Plus Eight star said, “She tweets everything. To the world, all about my children. I think it’s disgusting and awful. They can’t even have a normal life.”

That comment forced Kate to chime in with an open letter on her blog.

She wrote, “I find it very heart breaking that my children’s father chooses a public forum to discuss his current opinions of the ‘development’ of our children. These opinions are, in reality, value judgements (sic) made about our children and they are based on his limited visits (albeit mutually agreed upon) with our children.”

Will the two ever end their public feud? Perhaps there’s a good New Year’s resolution in this mess for both of them.