Britney Spears once ruled the music world. Now older and wiser, she finds inspiration in all areas of the music industry. 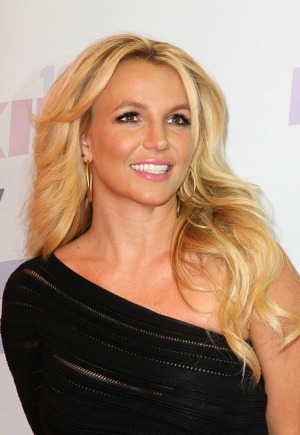 Britney Spears knows what she likes and is not too proud to admit that one of those things is her ex-boyfriend Justin Timberlake. The singer talked about her inspirations — some that were surprising and some that weren’t.

“This generation is hungry for new sounds. Bruno Mars is so different and fresh, and Justin Timberlake is too,” she told USA Today. “It’s inspiring for me, and it makes people eager to listen to music, which helps everyone.”

Spears kicked off her Las Vegas residency over the weekend and had some very famous friends in the audience. Stars like Katy Perry, Miley Cyrus and Selena Gomez attended the first night of her show. Spears also said she really “looks up to Beyoncé.”

“What she did with her (surprise release) album was genius, really brilliant,” she added.

She also said of Miley Cyrus, “She’s cool, she’s fun to be around. You know, she’s got really good energy.”

Although Spears admires many current singers, there is one musician who trumps them all. Anyone who sees her Las Vegas show will see the inspiration she has gained from her No. 1 idol.

“My favorite part of the show, where it’s just me in the spotlight with a hat on,” she explained, “is really a tribute to Michael Jackson.”

Britney Spears has gone from a teen pop queen to a veteran who has reinvented herself many times and is now successfully performing in Vegas. Spears explained how the music industry has changed. She said the shift to music being online has affected the charm of music itself.

“We’re too smart for our own good,” she said. “We’re at the point where the simplicity of buying a CD and the specialness has gone. I think it’s a shame. The whole process of buying a record was so special.”

Spears’ Vegas residency will continue for the next two years.