Beyoncé claims her “XO” track honors those we’ve lost, so why are NASA astronauts past and present so upset? It all boils down to just six seconds of sampled audio, which doesn’t seem to mesh well with the new song’s upbeat video. 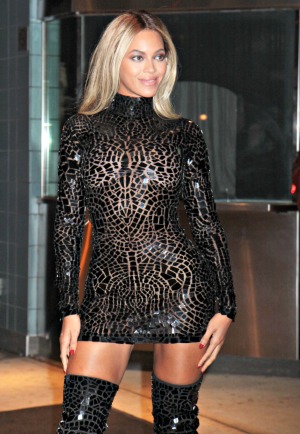 Beyoncé has angered NASA astronauts and confused fans by sampling six seconds of audio from the moment the Challenger shuttle exploded in 1986. While she insists the borrowing of the gut-wrenching clip is an homage to those lost, its inclusion in a pop song remains puzzling.

As can be heard in the video below, the brief beginning of Beyoncé’s “XO” is a clip of the tense voice of a NASA public affairs official from 27 years ago explaining to the public as the shuttle exploded and seven crewmembers died, “Flight controllers here looking very carefully at the situation. Obviously a major malfunction.”

“My heart goes out to the families of those lost in the Challenger disaster,” the mother of Blue Ivy Carter explained in a statement to ABC News.

“The song ‘XO’ was recorded with the sincerest intention to help heal those who have lost loved ones and to remind us that unexpected things happen, so love and appreciate every minute that you have with those who mean the most to you.

“The songwriters included the audio in tribute to the unselfish work of the Challenger crew with hope that they will never be forgotten.”

“We were disappointed to learn that an audio clip from the day we lost our heroic Challenger crew was used in the song ‘XO,'” June Scobee Rodgers, whose husband died in the explosion, explained. “The moment included in this song is an emotionally difficult one for the Challenger families, colleagues and friends. We have always chosen to focus not on how our loved ones were lost, but rather on how they lived and how their legacy lives on today.”

Additionally, retired NASA astronaut Clayton Anderson commented, “For the words to be used in the video is simply insensitive, at the very least.”

Indeed, it does seem puzzling for Beyoncé to have included the Challenger audio clip in a piece that otherwise appears to be an average pop song about love’s ups and downs. Additionally, footage of the songstress laughing while having a grand time — including wearing a flashing neon pink hair bow — for the “XO” video seems crass following such a somber introduction.

Does Beyoncé’s “XO” honor the shuttle tragedy or sample insensitively?