Revenge is mixing it up for the show’s midseason return and giving it’s main gal Emily quite the mental makeover. 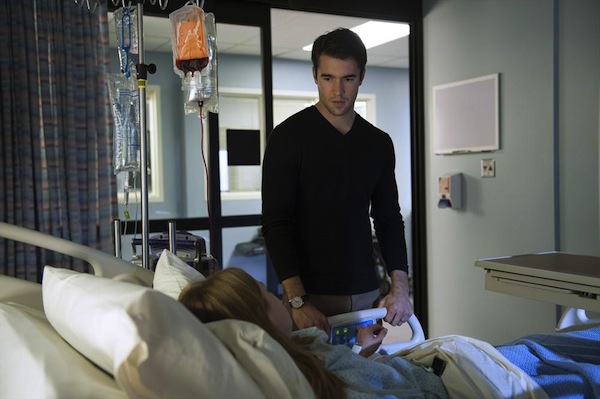 It seems like we’re not the only ones who noticed Revenge was on the downward spiral, because the show is definitely switching things up for the midseason premiere of Season 3. A later time slot on Sundays isn’t the only big event. When the show returns, Emily’s memory will not.

Spoiler alert: Do NOT continue reading unless you want spoilers from Season 3 of Revenge.

When we last saw Revenge, Emily (Emily VanCamp) received a nice little wedding gift from her new husband Daniel á la two bullets to the gut. Maybe it was the lack of blood. Maybe it was the freezing water. Either way, she’ll recover from the bullet holes but maybe not the holes that developed in her memory. Now that we have this nice clean slate to work from, there are some changes we think the show should implement.

1. Give Emily a little more personality

Sure, we love the moody, brooding, get-it-done attitude, but she also needs to have a little more oomph to her. As a viewer, we aren’t sure if we’d want Emily as a friend (they all seem to die or get wrapped up in her crazy plans) and that’s not a good thing. We need to sympathize with her and root for her a little more. Hopefully, this memory-loss thing will bring out more of her fun side.

Right now, it isn’t really a love triangle. She’s chosen Aiden. That’s all well and good if we hadn’t spent all of Season 1 believing she and Jack were secret soul mates. He does have that nurturing spirit. Perhaps he will help Emily on her road to recovery and the two will bond again.

3. Give Emily something to live for besides revenge

The show is a constant cycle of sticking it to the man. We love that aspect, but after three seasons we need a little more. For those of us who aren’t filthy rich, we have to multitask in our daily lives. Revenge can’t always be top priority. They need to humanize the plot a little bit by showing some strain in Emily’s life.

We’ve seen her character’s progression throughout the show and, at this point, we don’t think Victoria is really so bad. Yeah, she made some really bad decisions, and we wouldn’t really want her for a mother, but there’s something endearing about her ability to always land on her feet. We think she’ll find her way to Emily in the end. Their story needs to end with reconciliation not violence.

5. Nolan to the rescue

He’s been counseling Emily since she first began her revengenda. Now it’s time for his words to actually sink in. We suspect that Nolan may just end up being the unsung hero at the end of it all, at least, we hope that’s how it ends. (Think Neville Longbottom to the Harry Potter series or Sam to Lord of the Rings.) In the second half of Season 3, we think he’s going to have to be the person who encourages Emily to remember her past, but also encourages her to take her past in a different direction towards her future. Add in a handful of witty lines, and we think he’ll be good to go.

What advice would you give the show?