Here’s news no one expected: Carly Rae Jepsen is making her Broadway debut this winter. She will play the iconic role of Cinderella. 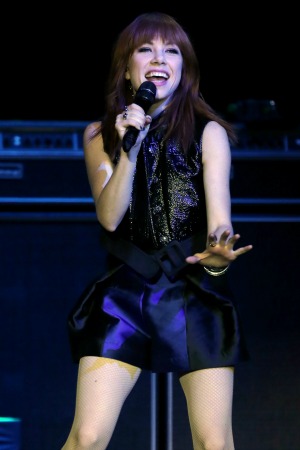 There’s big news in the theater world as producers of the Broadway show Rodgers + Hammerstein’s Cinderella announced a surprising choice to replace outgoing star Laura Osnes. Carly Rae Jepsen is gong to make her Broadway debut this winter in the title role.

The “Call Me Maybe” singer will hit the stage on Feb. 4, 2014, alongside Fran Drescher, who will play Cinderella’s stepmother Madame. Jepsen has signed on for a 12-week run while Drescher will play the role for 10 weeks.

In a statement on Sunday, the singer said, “Broadway has been a dream of mine since I was a little girl and I look forward to working with this incredibly talented cast to tell this classic tale. These last few years have been a real fairy tale come to life for me, so I feel especially blessed to play this part and be reminded that you must never stop dreaming!”

After the official announcement, Jepsen also posted the news on Instagram to share with her fans. She wrote, “Sooooo… I’m ready to spill my NYC secret. I am going to be playing Cinderella on Broadway starting Feb. 4th! Dream come true.”

Despite being a pop star, Jepsen is not completely unfamiliar to musical theater. She performed in high school productions of The Wiz, Grease and Annie while growing up in British Columbia, Canada.

The revival opened at the Broadway Theatre on March 3, 2013, with a new book by Douglas Carter Beane accompanying the classic Rodgers and Hammerstein tunes. The show earned nine Tony nominations and went on to win one Tony for costume design.

The casting of Jepsen and Drescher is a move by producers to boost box office sales during the winter and early spring, which is traditionally a slow time on Broadway. Producers are hoping their fans flock to the theater to see their Broadway debuts.