Keira Knightley has enjoyed career success in Hollywood, but she also wants the world to know there are still injustices for women in the film industry. 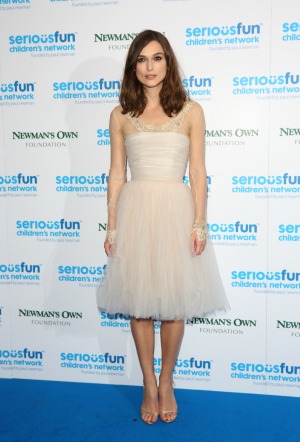 Keira Knightley is one of the most beautiful and talented women in Hollywood, and she is pleased that people are finally able to address the gender equality issues that still exist in the modern age.

The Anna Karenina actress revealed in an interview with Harper’s Bazaar U.K.’s February 2014 issue that she is happy people are now talking about feminism and that society is taking the necessary steps to ensure there are equal rights and roles for all.

Knightley said, “I think it’s great, what’s happening at the moment, I think it’s great that the discussions are finally being allowed to be had, as opposed to anybody mentioning feminism and everybody going, ‘Oh, f***ing shut up.'”

“Somehow, it became a dirty word. I thought it was really weird for a long time, and I think it’s great we’re coming out of that.”

The 28-year-old star has enjoyed a successful acting career but that doesn’t mean she hasn’t felt injustice in the entertainment industry. Knightley has spoken out about just how male-dominated the film industry is and how few female leading roles there actually are.

“I go to work at 5:30 in the morning; I wouldn’t get back probably until 9 o’clock at night. Most of the guys that I talk to — and I’ve spoken to a lot of guys about it — they say [whispers], ‘My wife does everything.'”

“You think, ‘Why wasn’t I thinking about this five years ago?’ Hollywood has a really long way to go. I don’t think that anybody can deny that, really, and I think as much as you are getting more women playing lead roles… they’re still pretty few and far between.”