Justin Bieber has found love in his life again. This time, it’s in the form of an adorable little pup named Karma. 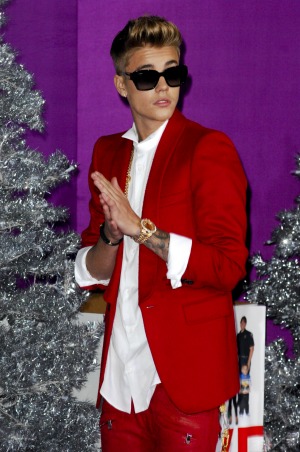 Justin Bieber has a new love in his life and it is in the form of a brand new pet, an adorable little American bulldog puppy named Karma.

According to the Daily Mail, the “Never Say Never” hit maker was home for the Christmas holidays and decided to pay a visit to Ruffin’s Pet Centre in Stratford, Ontario, on Friday, where he bought his new bundle of joy, a 7-week-old puppy.

The 19-year-old singer recruited the help of his fans on Twitter for some inspiration and offered them the chance to name his new pup.

The “Baby” singer was not the only person who was thrilled with the new addition to the Bieber family. His father Jeremy Bieber shared the first photo of the little puppy on Instagram with the caption, “Meet Karma Bieber #puppy.”

Jeremy also tweeted on Saturday, “So we have got a name selected for the newest Bieber. Big thanks to @justinfredos the Belieber who chose it ‘Karma’ (sic).”

We are pleased Bieber has some new love in his life after his emotional breakup with Selena Gomez and that the pop singer was happy to have some time off with his family in Canada during the festive holiday season.

Last week, Biebs shared his thoughts on Twitter saying, “Blessed to spend Christmas with my family. Hope everyone around the world had a blessed Christmas as well. Much love.”

There have been rumors swirling as to whether the pop sensation will be quitting the music business in the near future. If he does plan to end his career, then at least something will benefit from all his free time — his adorable puppy Karma.