Singer-songwriter James Blunt has even more to celebrate this festive season. He has just gotten engaged to his lovely lady Sofia Wellesley. 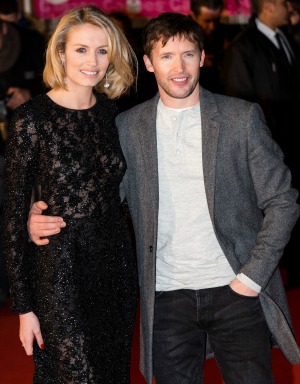 British singer-songwriter James Blunt has some good news — he has finally decided to take the next step in his relationship and ask his longtime girlfriend Sofia Wellesley to marry him.

The couple now have even more reason to celebrate the holidays and it is believed the “You’re Beautiful” hit maker proposed to his lovely lady — the granddaughter of the Duke of Wellington — over the Christmas holidays.

A friend of the couple’s revealed to the Daily Mail newspaper, “Everyone is talking about it. We were sort of expecting it but it is still great news.”

The pair started dating in early 2012 after the pop sensation’s sister Daisy introduced him to his lovely lady. The blond beauty attended Edinburgh University alongside Duchess Catherine Middleton’s sister Pippa Middleton and now works as a legal consultant in London.

After a string of failed romances, Blunt previously admitted he was very lucky to have found Wellesley. The “Bonfire Heart” singer gushed about his partner to the Daily Mail saying, “I’m very happy at the moment with Sofia. It takes a strong person to be able to deal with somebody working in music.”

“It’s hard when you’re with somebody and you become embroiled in something just because you were seen standing next to someone else. It takes a tough person to deal with that and I’m lucky to have her,” Blunt said.

Rumors of wedding plans have already started. The happy couple are expected to have a summer wedding at the Duke’s Hampshire estate in southern England. The star-studded guest list is rumored to include the legendary Sir Elton John, who helped launch Blunt’s career in 2004.

Congratulations to the happy couple. We look forward to seeing pictures of their upcoming nuptials.