Dean McDermott is in hot water this week amid rumors he stepped out on Tori Spelling while filming Chopped Canada in Toronto. But since the now–husband and wife started their own story with an affair, it begs the question, “Can a cheater ever change?” We check out a few famous examples. 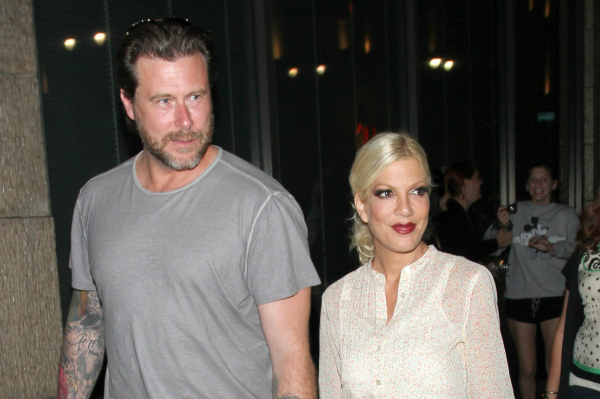 Dean McDermott and Tori Spelling claim that when they met in 2005 while filming the Lifetime TV movie Mind Over Murder, it was love at first sight and each of them had finally met the other’s soul mate. But there was just a little hiccup: They were both married to other people at the time.

That same year, during a family vacation, McDermott famously told his wife of 12 years, Mary Jo Eustace, “I’m leaving you, not my kid.”

Likewise, Spelling filed for divorce from her husband, Charlie Shanian. By February of 2006, Spelling and McDermott were husband and wife. And now, McDermott and Spelling’s marriage is being rocked by rumors of McDermott’s alleged one-night stand with 28-year-old Emily Goodhand — a woman he met in Toronto while filming Chopped Canada. 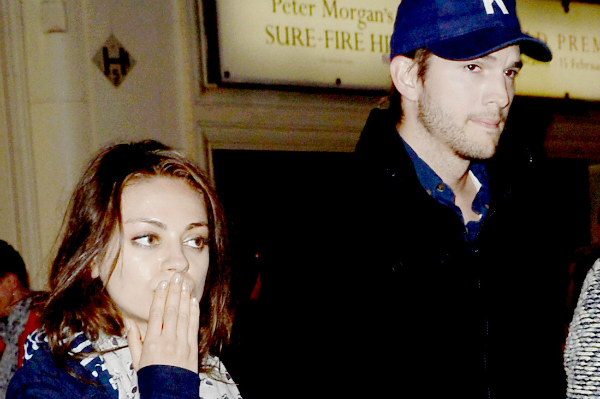 Sure, it was a bit of a head-scratcher when in 2005, Ashton Kutcher got hitched to much older Demi Moore. However, he made his marital bed and all that jazz. While the couple endured countless rumors of infidelity during their six-year marriage, the event that apparently spelled doom for the duo was Kutcher’s bedding of then 22-year-old Sara Leal on his and Moore’s sixth wedding anniversary. Soon after, Moore announced her intention to separate from Kutcher, and the once-happy couple’s divorce was finalized earlier this year. In April of 2012, during his and Moore’s official separation, Kutcher began dating his former That ’70s Show co-star Mila Kunis. Perhaps since Kunis knew Kutcher before he married Moore, she feels like he wouldn’t cheat on her? We hope so, for her sake. 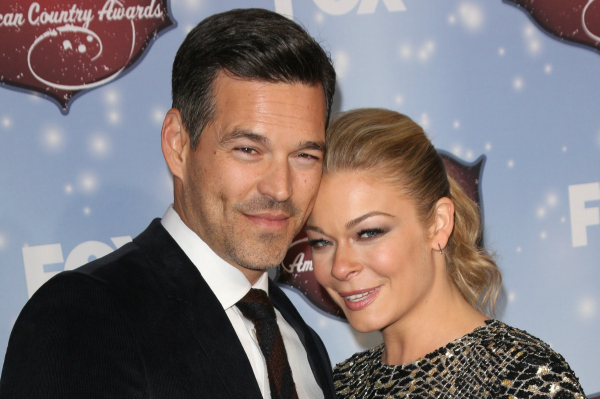 Another high-profile Hollywood couple who started off with a torrid affair is country singer LeAnn Rimes and actor Eddie Cibrian. And interestingly enough, the two met while filming a Lifetime movie together. The year was 2009, the movie was Northern Lights and the smitten stars were… well, married — just not to each other. Naturally, when Cibrian and Rimes were caught canoodling off-camera, it took Cibrian’s wife, Brandi Glanville, and Rimes’ husband, Dean Sheremet, by surprise. Both couples divorced, ultimately paving the way for Cibrian and Rimes to wed in 2011. They’ve survived rumors of everything from eating disorders to extramarital affairs, and for the moment, they still seem to be going strong. But after abandoning their original spouses for each other, one has to wonder if either Cibrian or Rimes is in this marriage for the long haul. Our advice? Steer clear of roles in Lifetime movies. 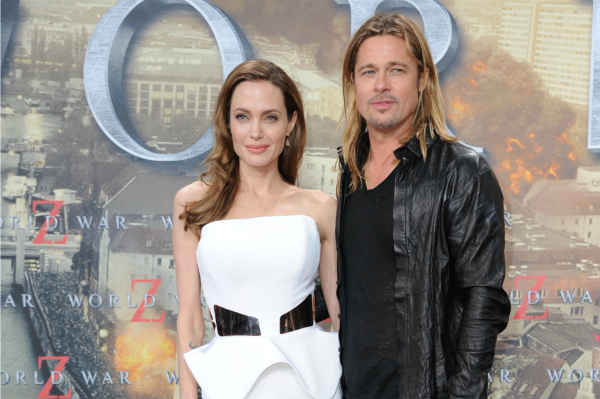 From the outside looking in, Brad Pitt and Jennifer Aniston’s marriage seemed like a fairy tale. When they wed in 2000 and she promised to make him banana milkshakes for life, the world let out a collective “Awww!” When the golden couple announced their decision to split in 2005, it was a sad day — but not altogether surprising, given the rumors swirling around Pitt and his Mr. & Mrs. Smith co-star Angelina Jolie. Paparazzi pictures confirmed the rumors, showing Pitt frolicking on a beach in Kenya with Jolie and her son Maddox. Fast forward to the present and Angelina Jolie is the one playing house with Pitt (along with the couple’s six kids). And while the superstars seem happy together, is it any wonder that there’s a new infidelity rumor every week?

Why do women think a guy who’s cheated before won’t cheat again? Or vice versa? Wouldn’t you always be looking over your shoulder, wondering when he might ditch you? For Spelling, the answer to the latter question is apparently yes.

In her 2010 book Uncharted TerriTORI, the actress revealed, “If the phone rings and it’s a girl’s voice, I have to ask if he’s having an affair.”

According to sources close to Spelling, she has never truly trusted McDermott and keeps a close eye on him. Applying the same logic, though, is Spelling capable of remaining faithful either? Charlie Shanian might not think so.

Have you or your spouse ever cheated? Are you still together? We want to hear your thoughts and feelings via the Comments section below!