Vanessa Carlton has had a whirlwind year of ups and downs, but she ended 2013 by marrying her fiancé, John McCauley. 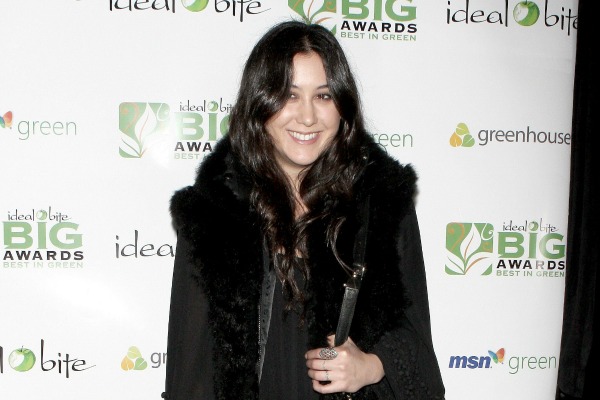 Vanessa Carlton is now a married woman. The singer tweeted details of her wedding to John McCauley, which took place on the evening of Friday, Dec. 27.

McCauley is a member of the indie band Deer Tick, and the officiant at their wedding was perhaps more famous than both bride and groom. Fleetwood Mac’s Stevie Nicks officiated at the ceremony, and Carlton also tweeted her thanks to the legendary singer.

The 33-year-old singer underwent emergency surgery only two months ago after finding out she had an ectopic pregnancy. She also had to cancel part of her tour after the termination of the pregnancy was unsuccessful and her right fallopian tube had to be removed. Doctors had tried chemotherapy to save the fallopian tube, but they ended up not being able to save it.

“I announced that I was pregnant during the first week of tour,” she wrote. “The day after our NYC show on Oct 15th, I was diagnosed with an ectopic pregnancy, or in my case it was a fallopian pregnancy (the embryo settled in my tube, which is the width of a straw.)  This is not considered a viable pregnancy because the fetus cannot develop and it is a high risk situation for the mother because of the potential for tubal rupture and internal bleeding.”

The difficult experience may have prompted the couple to get married sooner than they would have otherwise. It seems to have brought them closer together. Carlton shared the journey they went through via Facebook, and she said her fiancé was there in good times and bad.

“It is also very important to note that this is the second time I ended up in the ER without underwear!” she added in her Facebook post. “However, upon waking up the next morning in the hospital, and as my doctor was explaining to me what happened the night before, my fiancé showed up. He had flown all night. He had my underwear. My hunter green lace ones:-)  I realize I am a lucky woman on many levels here.”

Congrats to the couple on their new beginning!