Chrissy Teigen said she attempted to read the Fifty Shades of Grey book but found it so awful that she just wanted to throw it into the ocean. 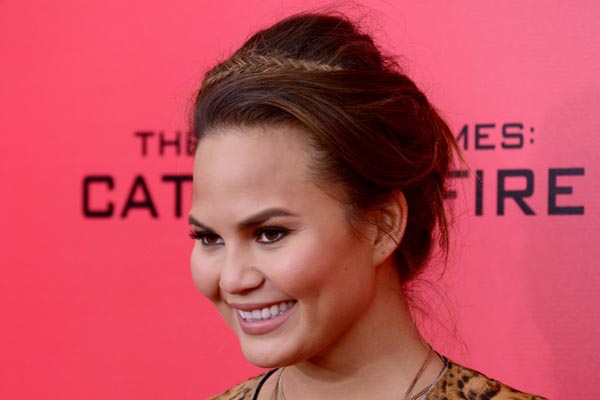 Teigen wanted to give the popular, sexy book a try, but shortly after starting it, she tweeted to her followers about how awful she thought it was.

“entire 1st page dedicated to hair brushing,” Teigen wrote. “‘Must not brush it wet’ ‘time for a ponytail’ wow compelling stuff there.”

Then she added, “Still reading about hair,” and “I feel like this started as a mad libs.”

Next, she described one part of the story in which the main character talks about her vehicles.

“She calls her VW ‘Wanda’ and her Mercedes ‘Merc’. ‘The Merc is a fun drive as I hit the pedal to the metal’. No irony.”

When she got frustrated enough, Teigen said that she would be “throwing this in the ocean.” She then posted a photo of herself burying the book in the sand on the beach, and she included the caption, “I tried.”

Luckily for her, Teigen’s own love life is going strong with new husband John Legend. However, the 28-year-old model recently came under fire for posting on Instagram an odd video that she quickly removed after getting some backlash.

In the video, Teigen starts to wish her followers a Merry Christmas — but before she gets her season’s greetings out, Legend appears and grabs her by the throat. She goes on to pretend she’s struggling against her “attacker,” asking for help as the pair wrestle in a pretend fight.

After Teigen removed the questionable clip, she didn’t mention it again and didn’t offer any explanations for the bizarre scene. However, she’s no stranger to eyebrow-raising social media posts. This past March, she dared to get suspended from Instagram by sharing a photo that shows her naked while getting a spray tan.