Her show will be a mega-hit in Las Vegas, but is Britney Spears lip-synching her way through the show? Watch the video of her dress rehearsal. 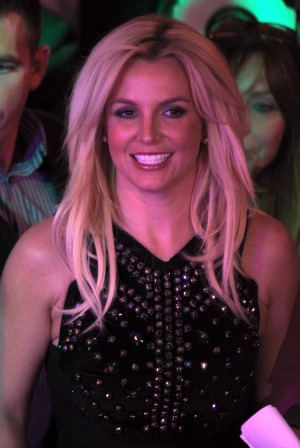 Britney Spears is ready to open her Las Vegas show tonight. However, some audience members who saw the final dress rehearsal on Thursday night are questioning whether she’s singing live. The accusations about lip-synching during her concerts have been going on for years and it looks like it will persist during her Las Vegas run.

Her Piece of Me show at the Planet Hollywood Hotel and Casino is a 90-minute performance that features some of her biggest hits including “Toxic,” “Oops, I Did It Again” and “Womanizer.” The 24-song set also includes dancers, tons of choreography, special effects and numerous costume changes.

In a video that leaked on YouTube from last night’s final run-through, the choreography and stage direction look incredible while her vocals sound straight off of her CD. She wouldn’t be the only artist accused of lip-synching her vocals: it recently happened to Selena Gomez at Jingle Ball.

In defense of Spears, Las Vegas can be a challenging climate for singers to perform due to the dry environment. Misters are often placed above the stage to keep vocal cords of performers hydrated.

Regardless of the singing question, the 32-year-old’s show is guaranteed to be a huge hit on the Las Vegas strip throughout her two-year residency. The singer was thrilled to announce the upcoming show during her big reveal on Good Morning America in September.

She shared, “We wanted the environment to be that way so people could come and have a good time and stand up and feel like they’re in the show with me. I love Vegas. The energy here is really, really good.”

Her final tweet before tonight’s show also proves that Spears is ready to give it her best shot in Sin City.