Julia Roberts has been one of the hottest actresses in Hollywood for decades, and now she explains how she chooses each of her roles. 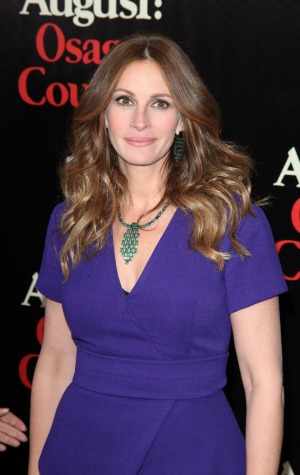 Julia Roberts may be the A-list movie star, and has been in some of the most important films of the last three decades. The actress said people think she’s become more selective since having children, but she said there’s more to it than that.

“I think people like to say that I’m super-picky because of how much I love my kids,” Roberts told The Los Angeles Times. “But as an actor, I sort of pride myself on the fact that I’ve always been picky.”

Roberts said her selection of her roles has to do with a lot of things, and not just her selectivity.

“There’s a couple of things at play,” Roberts added. “For one, I’m 46 years old, so falling out of chairs isn’t as funny. I could break a hip. Certain scenarios that worked 10 years ago aren’t as appealing, as applicable, as believable, as original — all those things.”

The 46-year-old’s latest movie August: Osage County has her with a lot of Hollywood heavyweights, and some very fresh actors as well. She said she most enjoys working with those actors she already has a relationship with.

“I always say everybody’s nice at lunch,” she joked, according to People. “It’s a comfort to already know who someone will be under the best and worst of circumstances.”

Julia Roberts assures there is no fourth baby on the way >>

But even A-listers have dreams of working with their idols, and for Roberts, working with Meryl Streep was an amazing experience.

“I had many imaginary conversations with Meryl about working together,” Roberts told Marie Claire in November. “When a person goes from being on a pedestal in your mind, to even cooler, better, and more fabulous up close, you get to understand them a little more intimately.”

Roberts stars in August: Osage County with her former co-star Dermot Mulroney, and now has a SAG Award and Golden Globe nomination for her role. The film is in theaters now.