Jennifer Lawrence has made her thoughts on Hollywood’s portrayal of women very clear, but she may have messed with the wrong woman. Joan Rivers is answering JLaw’s criticism of her show Fashion Police. 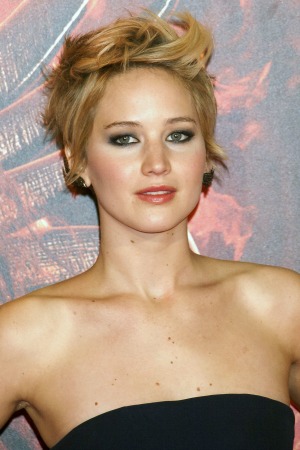 Jennifer Lawrence slammed Hollywood and made her thoughts very clear on “shows like Fashion Police,” and the show’s host is now sharing her thoughts too.

Lawrence said she didn’t like “shows like Fashion Police that are just showing these generations of young people to judge people, and that it’s OK to point at people and call them ugly or fat.”

Rivers didn’t appreciate the mention of her show, and how Lawrence said they’re teaching a younger generation it’s OK to judge people based on their clothing and appearance.

“My New Year’s resolution is [ensuring] Jennifer Lawrence grows up and realizes how lucky she is and calms down,” Rivers told The New York Post.

“I love that she’s telling everyone how wrong it is to worry about retouching and body image, and meanwhile, she has been touched up more than a choir boy at the Vatican,” Rivers added. “Look at her posters. She doesn’t have a nose, she has two holes. She just has to learn, don’t talk if you’re doing it.”

Lawrence’s opinion on Hollywood is so strong, she thinks laws should be changed so the industry doesn’t change the body image of America’s youth.

“Why is humiliating people funny?” Lawrence said in an interview with Barbara Walters earlier this month. “I just think it should be illegal to call somebody fat on TV.”

“I get it, and, and I do it too, we all do it,” she told Walters. “The media needs to take responsibility for the effect that it has on our younger generation, on these girls who are watching these television shows, and picking up how to talk and how to be cool. I mean, if we’re regulating cigarettes and sex and cuss words, because of the effect they have on our younger generation, why aren’t we regulating things like calling people fat?”

With the catfight fresh in Rivers’ mind, awards season should be a very interesting on Fashion Police.