The new photos from The Following Season 2 premiere prove that there’s nothing you can do to escape Joe Carroll. 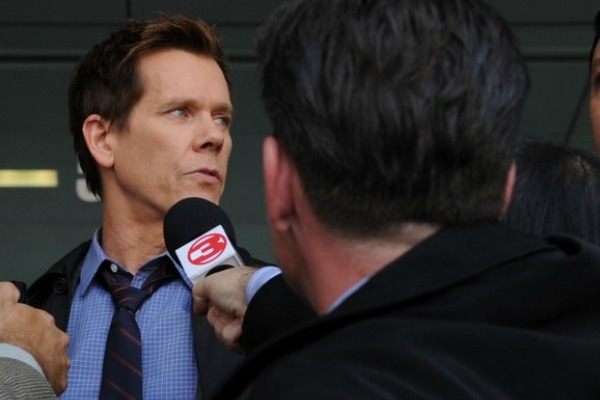 When last we saw Joe Carroll (James Purefoy) and Ryan Hardy (Kevin Bacon) in The Following Season 1 finale, they went through a battle of wills that left at least one of them (or maybe neither of them) dead.

It took a long time, but after the seemingly countless times that Joe got the upper hand over Ryan, it was finally time for Ryan to get one over on Joe. In a death match that ended in fire, Ryan got away from the blaze while Joe was trapped inside to die.

According to the official synopsis from Fox, The Following Season 2 premiere will catch up with Ryan one year after the events of the finale. The FBI needs his help and that of his friend Mike Weston (Shawn Ashmore) to solve a new spree of murders. Understandably, Ryan is reluctant to get involved, but soon the evidence convinces him that maybe, just maybe, Joe Carroll may have survived the flames. Or could it just be a new batch of followers doing horrible deeds in their hero’s name?

Check out new photos from the Season 2 premiere, which airs on Sunday, Jan. 19, right after the NFC Championship game.

In the first photo, we see Mike back on the job and looking none too pleased to be there. What has he been up to in the past year since Joe’s supposed death? 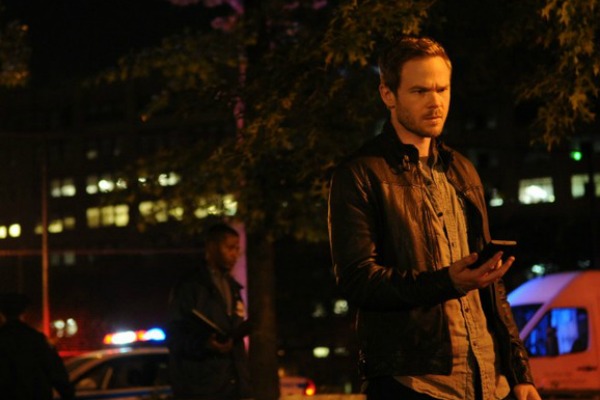 In the second photo, we see Ryan and Mike meeting up at a crime scene. Though Ryan may not be happy to be back on the trail of another serial murderer, he does at least look somewhat happy to see his old partner again. 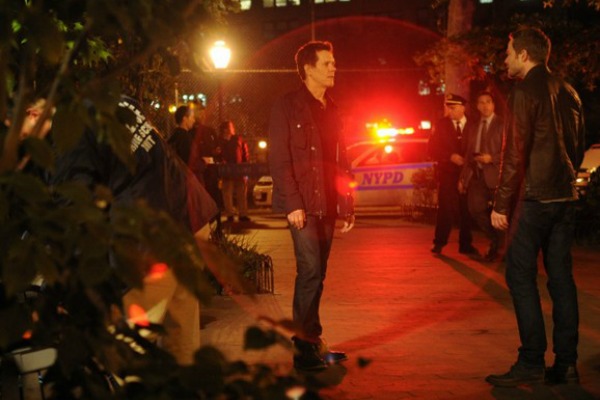 In the third photo, we see Ryan surrounded by reporters. After the way things ended with Joe, it’s no surprise that the public would be very interested to see him working a crime scene. Will they assume that Ryan’s presence means a return of Joe and his followers?

Finally, we see the creepiest photo of them all. An unknown man is walking onto a subway car wearing a freaky mask made in the likeness of Joe. Much like the creepy Poe masks of the first season, the appearance of this mask will undoubtedly be the harbinger of terrible things to come. 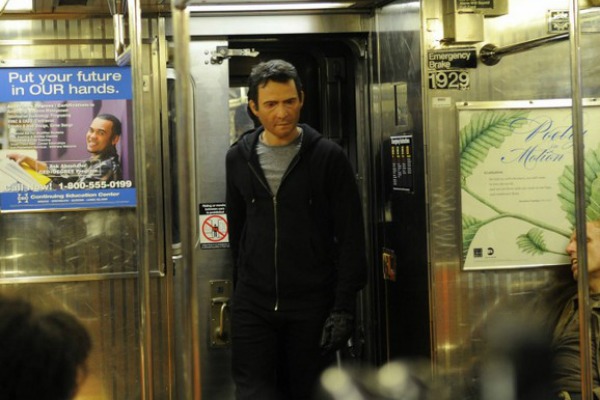 What do you think now that you’ve seen photos from The Following Season 2 premiere? Do you think Joe Carroll is still alive?