Selena Gomez has had a busy year, so when she announced she was canceling her tour, exhaustion seemed reasonable. But is she suffering from something more serious? 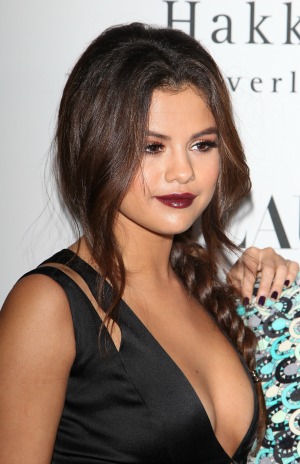 Selena Gomez announced only a week ago that she would be canceling her Australian tour, citing her need to take some time for herself. But it looks like things may be a lot more serious than being physically or mentally exhausted.

The singer is reportedly suffering from lupus, an autoimmune disease. The report came from Popdust, and an unnamed source, and Gomez has not yet commented. But if the report is true, the singer’s cancellation of her tour is the right move.

The website said the 21-year-old was diagnosed with the disease a couple years ago, but has had multiple “flares” recently that have caused swelling, fatigue, joint pain and headaches. The disease causes the immune system to attack healthy cells.

“Selena has been going full throttle the past few years and her lupus is really catching up with her right now,” the source said. “She knows that she needs to take some time to address the disease and look after herself better if she wants to live a full and healthy life.”

When Gomez first canceled her tour, rumors surfaced that she may be intending to check into rehab, but her rep denied those claims as well.

“She is not having a breakdown. She wants to be the healthiest that she can be and this means taking a little break. But she is fine. She is OK.”

Gomez and her camp also said “no comment” to the Huffington Post when asked about a possible lupus diagnosis.

Other celebrities who are living with lupus include Nick Cannon, Seal and Toni Braxton. According to The Daily Mail, Michael Jackson also suffered from the disease.

Whether or not there is a more significant reason for the tour cancellation other than needing to spend time on herself is yet to be seen. But Gomez’s 2013 has been full of movies, music and tours, and it would leave anyone wanting to rest.