Jonah Hill’s Oscar nomination opened new doors for him. And with The Wolf of Wall Street, all of his dreams have come true. 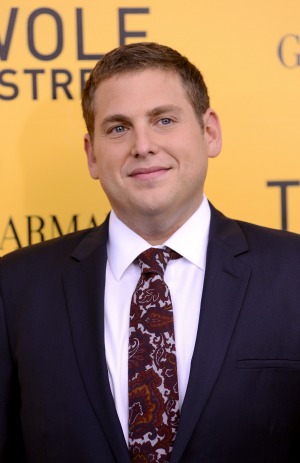 Jonah Hill has come from a comedy background straight to the top of Hollywood. The unlikely comedian has already been nominated for an Oscar for 2011’s Moneyball and is back on the A-list with his latest film The Wolf of Wall Street.

The film had him working with Hollywood greats Leonardo DiCaprio and Martin Scorsese, the latter being one of his Hollywood idols.

“I wrote him a note when we wrapped the film and exchanged gifts, I wrote him a note about how grateful I was to be included in the movie and I said, ‘Well, the rest of my life is just egg noodles and ketchup,’ which is [the line] at the end of ‘GoodFellas,'” he told MTV at the premiere of the film. “Like, how do you compare any other work experience to working with Martin Scorsese for six months? It was just the greatest experience of my life.”

That opportunity didn’t come by chance. Hill said his Oscar nomination opened doors for him he never expected, and that “these last few years have been awesome.”

“It’s incredibly surreal,” he told Rolling Stone. “When I heard that this project existed, I heard that I was on a list to play this part with a bunch of actors who I respected and who I had every belief would get the part before me. I love getting to do different kinds of pictures and what Moneyball and an Academy Award nomination did bring me was an opportunity to be in a conversation with these people. To be very frank, an Oscar nomination for the most part made me a person that exists in the world of Martin Scorsese. Which I’m incredibly grateful for.”

That elevation includes Hill himself, who said he is immensely proud of the film, both as a project and how he contributed to it.

The Wolf of Wall Street was released Christmas Day, and is in theaters nationwide. You can see Hill next in 22 Jump Street.