Many celebrities use their fame and fortune for good, but this year’s most-charitable celebs are the youth of Hollywood. 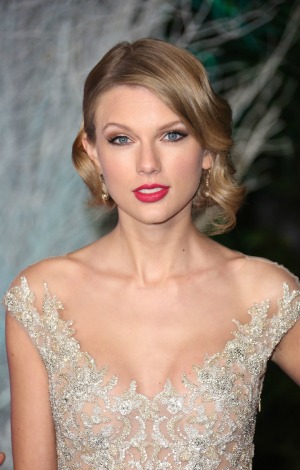 With the end of the year comes end-of-year lists, but DoSomething.org has a list of who has actually made a difference in people’s lives. The group revealed their list of most-charitable celebs of 2013, and the chart-topping celeb this year is no surprise.

Leonardo DiCaprio donates $3 million to save tigers in Nepal >>

Taylor Swift came in at No. 1 for her many charitable donations and doing-good acts. Earlier in December, she donated $100,000 to the Nashville Symphony, the struggling group in her adopted hometown. She also appeared at an event to benefit Centrepoint, a charity that helps homeless youth in London. During the event, she ended up performing with Prince William and Jon Bon Jovi for their rendition of “Livin’ On A Prayer.”

Coming in at No. 2 on the doing-good list is none other than Swift’s ex, Harry Styles, and his band One Direction. The group released their single “One Way or Another (Teenage Kicks)” that raised more than $3.3 million for a good cause. The 1D boys donated the money to help struggling and poverty-stricken people in the U.K. and Africa, according to MTV. They also raised nearly $800,000 for cancer research.

“It’s pretty amazing that the top two spots on the list are held by celebrities under age 25,” Naomi Hirabayashi with DoSomething.org told The New York Daily News. “For the first time, 50 percent of the list is age 30 or younger. This rising generation is using their money and star power for good.”

Beyoncé, Paul Walker and Macklemore and Ryan Lewis were the others in the top five, and other noticeable celebs on the list include Jennifer Lawrence, Justin Bieber, Demi Lovato, Miley Cyrus, Blake Shelton and Kendrick Lamar. Bryan Cranston and Aaron Paul also made the list after raising $1.8 million for The Kind, an anti-bullying group.

Bieber recently visited the Philippines after a deadly typhoon, and helped the Make-A-Wish Foundation by granting more than 200 wishes. He told MTV that his charity work is an important part of who he is.

“I do that out of the goodness of my heart because I really care,” he said. “I want to help the world. I really want to make it a better place.”