Leona Lewis is very loved up with her man Dennis Jauch, but one thing the songstress doesn’t want is a Christmas proposal. 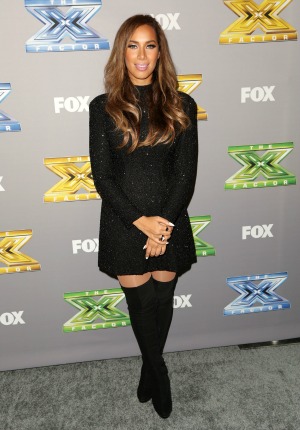 Christmas is a time that is filled with love and surely seems to be one of the most romantic times to propose. However, Leona Lewis thinks quite differently.

According to Bang Showbiz, the British songstress would have been rather upset if her beau Dennis Jauch had asked her to marry him over the festive season.

The “One More Sleep” hit maker said, “I wouldn’t be happy if I got proposed to at Christmas. I want a separate celebration of the anniversary of when someone asked me to marry them.”

“You need reasons for a party and a drink, so it needs to be at least two months either side.”

That doesn’t mean that the 28-year-old star doesn’t planning on getting married in the future. She has admitted to dreaming of her big day and gathering countless online pictures for inspiration.

“I’m not one of those ‘I have to have a wedding’ girls, though I used to be. But I do have a Pinterest for if I had a wedding, this is how it’d go… it would be very quaint, small and intimate.”

The “Bleeding Love” songstress, who just recently released a holiday album titled Christmas, With Love, is quite content with her life at the moment though she did reveal she would like to be married by her next birthday.

Lewis told Look magazine, “I know exactly where I want to get married, it’s a beautiful place in Europe. I’d like to be married just before I’m 30, when I’m 29, but I don’t know if it will happen.”

Let’s hope she gets her dream wedding in time.