Joe Jonas seems to be making even more enemies in showbiz. Miley Cyrus is the latest former Disney star to slam him for his unwanted comments. 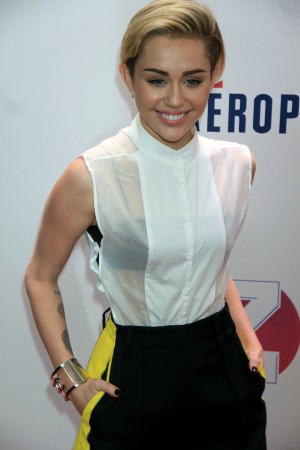 Joe Jonas has been making a few enemies since his confession in the Dec. 9 issue of New York magazine in which he discussed how much pressure he felt as a young Disney Channel star.

The Jonas Brothers member’s little speech also included a mention about how fellow Disney stars Miley Cyrus and Demi Lovato were responsible for introducing him to weed years ago.

Cyrus is not going to let the “Burnin’ Up” singer get away with his claim, though, and she has made it clear that the only person to blame for trying weed is Jonas himself.

The “Adore You” hit maker told the New York Times, “If you want to smoke weed, you’re going to smoke weed. There’s nothing that two little girls are going to get you to do that you don’t want to do.”

“I thought maybe he was saying that like it was going to make him look bada**.”

Cyrus then added, “We were so young that it’s actually like, ‘How did you get peer pressured by me?'”

The twerker is not the only former Disney star to slam Jonas over his comments. Dylan Sprouse also recently lashed out at him over his claim about being Disney’s puppet. However, one star who has remained on the “Kids of the Future” singer’s side is surprisingly Demi Lovato.

The former The X Factor judge didn’t appear to mind that Jonas claimed she was responsible for pressuring him into trying marijuana, and she happily tweeted at the time: “Love you brother. #family/friendsforver (sic).”