Niall Horan expressed his immense disappointment recently when massive storms left him stranded and unsure whether he’d get home to Ireland in time for Christmas. 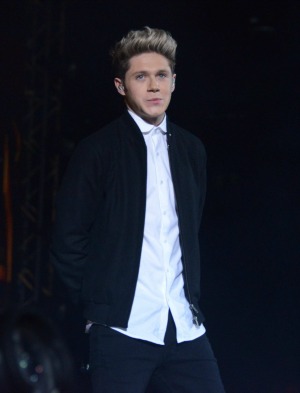 Everyone wants to be with those they love during the festive holiday season and celebrities are no exception. Unfortunately, One Direction member Niall Horan was left feeling upset just before Christmas because he was unsure whether he would make it home in time to celebrate.

One Direction has had a very successful year and a tremendously busy schedule, but the boys decided to take a much needed break over the holidays and intended to spend it at home with their families.

The “Best Song Ever” singer was planning to head back to his hometown of Mullingar, Ireland, but unfortunately found himself battling to get a flight out of London, England, because of massive storms.

Horan had been in London on Sunday to support JLS’ final concert and was upset by the thought that he may not be able to make it home in time. He took to Twitter to share his frustration and tweeted, “Well this is s***! Looks like we ain’t goin home for Xmas! F*** you wind. (sic)”.

The Irish heartthrob was also accompanied by his friend Willie Devine who tweeted, “Wanted: two spaces at a Christmas dinner table this side of the Irish Sea for myself and @NiallOfficial. (sic)”.

Christmas with Horan’s family is a very big deal to the young star, who has remained grounded throughout his rise to fame. His mother, Maura Gallagher, reportedly always cooks a big traditional roast for the special holiday.

We are sure plenty of One Direction fans would have loved to have Horan at their dinner table, but luckily the story has a happy ending and the “Story of My Life” hit maker did manage to get home safe and in time.

His brother Greg responded to a fan on Twitter who had inquired about where his brother would be spending the big day, saying, “At home he got home (sic)”.