Kanye West may be making an early New Year’s resolution. He has vowed to end his egotistical rants. 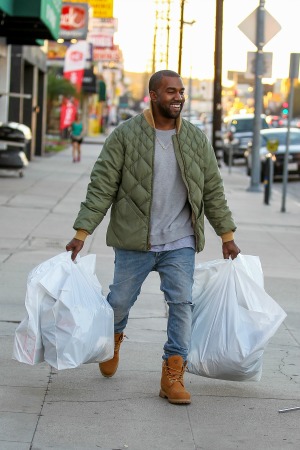 Kanye West is no stranger to controversy as he has angered many people with his vicious rants and egotistical comparisons. But now it looks as if the rapper may be done with speaking his mind.

West has slammed everything and everyone — from Louis Vuitton, Jimmy Kimmel to his most recent target the Grammy Awards — because he believed they did not adequately recognize his creative genius and latest album Yeezus. However, West is now going to try a different approach — being positive.

During the last stop of his massively successful Yeezus tour in Toronto, Ontario, earlier this week, West made an early New Year’s resolution: He’s going to keep his mouth shut.

According to Radar Online, West told fans at his show, “Everything I’m saying that’s not allowed, soak it in right now… this might be the last time y’all hear me talk s*** for a long time. Might be another like six months. At least.”

“You’re just gonna have to run back [my past] interviews and s*** if you wanna hear some realness!”

The rant, which was apparently 27 minutes long, continued with the “Mercy” hit maker saying, “I’m gonna tell y’all right now that all of the ideas, what they call the rants, the streams of consciousness that I express, I told y’all — save those tapes and everything because I’ve decided to completely focus everything in 2014, on new ideas and on creative outlets.”

“I’m not [going to] ever bring up Nike again, and the only way I’ll bring them up is in a positive light… I’ll never bring up the Grammys again in a negative light, because I actually appreciate the 21 Grammys that I did win.”

The rapper wants the world to know he intends to be a better person. Perhaps that is because West is now a father to his 6-month-old daughter North, who he shares with fianceé Kim Kardashian, and will need to set a good example for her in the future.

For now, we will just have to wait and see if West actually sticks to his new resolutions.