Can’t wait until Jan. 19, Sherlock fans? BBC has you covered with a seven-minute prequel to the Holmes’ highly anticipated return. 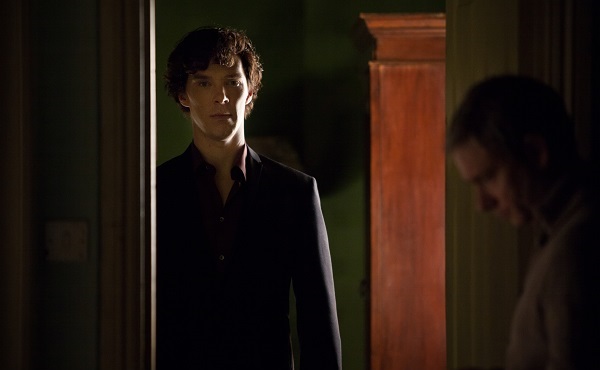 BBC released a mini-episode of Sherlock today. It serves as a prequel to the upcoming Season 3 premiere and stars quite a few familiar faces.

In the prequel, the former detective Anderson is convinced Sherlock (Benedict Cumberbatch) is alive and does his best to showcase his evidence to Inspector Lestrade. Anderson has found three cases he’s convinced only Sherlock could have solved. There’s the case of the blonde drug smuggler who infiltrated a group of monks, the New Delhi ice cream murder and the lone holdout juror in a Hamburg husband-wife murder trial. Anderson believes Sherlock was the key factor in each of those cases and that, based on the locations of each case, he’s working his way back home to London. Lestrade alludes to this not being Anderson’s first attempts to prove Sherlock is alive. As a matter of fact, Anderson was fired over that very belief. Still, he’s not ready to give up.

Lestrade, however, is ready to put the whole messy situation behind him. He even brings a box of Sherlock’s belongings to John Watson’s (Martin Freeman) apartment in an act of finally letting go. Amidst the detective’s belongings is the uncut version of a DVD he made for John’s birthday, when he decided to forego the party. He wishes John “many happy returns” and then promises, “Oh, and don’t worry. I’m going to be with you again very soon.” John’s doorbell rings, so he pauses the video to answer the unknown caller. When the video mysteriously unpauses, we see Sherlock follow the promise with one of his cheeky smiles and winks which, earlier in the video, he admits his followers seem to enjoy immensely.

Oh, he’s so cheeky! It’s no wonder we love Cumberbatch oh-so-much. Benedict Sherlock returns to us on Jan. 19 on PBS.