He’s hunky, sarcastic and totally not interested in Caroline in that way. Meet Luke, the newest addition to The Vampire Diaries cast. 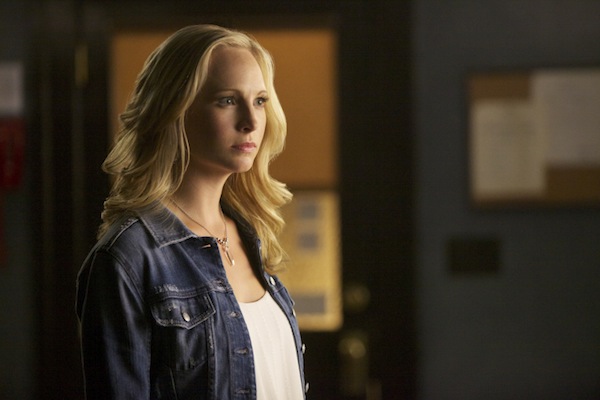 The Vampire Diaries is about to get even more diverse. When the show returns we’ll be introduced to a new character named Luke. He and Caroline (Candice Accola) will hit it off. And while we totally think Caroline needs a new man in her life to help her move on from Tyler and Jesse, Luke will not be filling the void of her love life. Sure he’s hunky with just the right amount of sarcasm, according to E! Online, but Caroline isn’t Luke’s type. He will be the first gay character to join the show’s list of characters.

Don’t expect him to just play the loyal sidekick to Caroline’s galavanting at college. Like Aaron and Elena (Nina Dobrev) in the first half of the season, as their friendship grows so will the mysteries. Luke will have a strong storyline of his own. E! Online spills that Luke will have a sister on campus, and he’s willing to do and sacrifice anything to keep her safe. We can’t wait to see the storyline that will unfold around him!

That being said, we hope Luke and Caroline become close enough to spur a memorable reaction from Luke when Klaus (Joseph Morgan) returns to town. Caroline could very well need some good backup since Klaus is quite the loose cannon when it comes to emotions.

The Vampire Diaries may be trying to catch up to The Originals, which wasted no time in introducing fan-favorite Josh who is the lovable, gay vampire that bonded with Davina in the first half of the season. Other young adult shows, including Teen Wolf and Pretty Little Liars, have also been integrating LGBT storylines since their earliest episodes.

No word yet on who will be taking on the role of Luke or which specific episodes we can expect to see him in.

The Vampire Diaries returns Thursday, Jan. 23 on The CW.