The Americans returns in February. You have plenty of time for a first viewing or to take a refresher course before all the action starts. 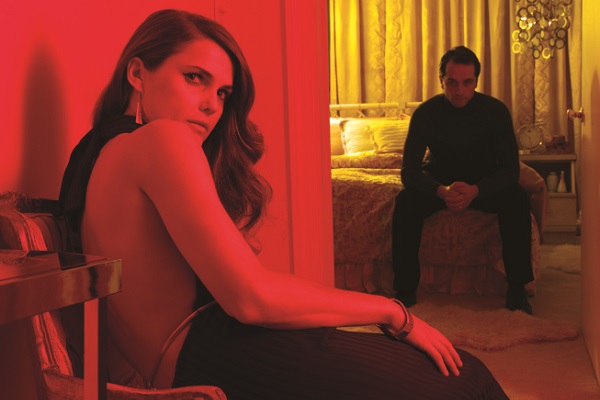 If you haven’t already watched The Americans Season 1, you’ve been put on notice. You have almost two full months to catch up on one of the best first seasons of television to premiere in years.

The Americans confirmed for a second season >>

The Americans follows two Soviet agents embedded in the U.S. during the Cold War in the ’80s who pose as a married American couple. Seemingly living the American dream, the Jennings, Elizabeth (Keri Russell) and Philip (Matthew Rhys) have two children, live in the suburbs and seem no different than anyone else in the neighborhood, except when they’re acting on behalf of their nation.

Elizabeth and Philip were sent to America to do a job for the motherland. Their relationship is a sham set up by the country to which they have sworn allegiance. They’re ruthless and they’re killers. But during The Americans Season 1, after years of marriage, they also discovered they had fallen in love — with each other.

The Americans is not only brilliantly written, but expertly weaves into the tapestry of the story the best music of the times in such a way that makes you appreciate the songs as though you’re hearing them for the first time.

Viewers also come away from the series with a keen understanding of how easily tension can be created simply by removing the security blankets we have in our cell phones. There’s something to be said for setting a drama in a time when communication wasn’t always at our fingertips.

The series debuted in January 2013 to 5.1 million viewers, the largest audience for any drama debuting on FX. It will be interesting to see if they’re able to match or exceed those numbers with their Season 2 premiere.

FX has released two teaser trailer videos, and you can find them below. In the first, Elizabeth and Philip are hiding in a closet, gun poised and ready as viewers hear someone make a phone call in which the caller says, “I didn’t tell them anything.”

In the second clip, a seemingly innocuous family dinner turns into a game of Russian roulette. A betting gal would place money on the latter part of that scene being symbolic fantasy — but whose? Elizabeth was far more disconnected from her family throughout Season 1 than Philip, but that seemed to be changing in the finale when she asked him to come home.

Will you be tuning in this February?