Jennifer Lawrence again proved how awesome earlier this week when she visited a children’s hospital in her Kentucky hometown. 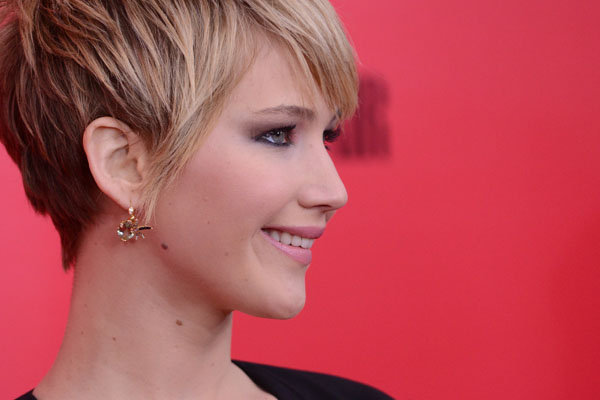 Still questioning whether or not Jennifer Lawrence deserves all of the love she’s received this year? You won’t after you hear this: The Catching Fire star spent a good part of Dec. 23 visiting with sick children at Kosair Children’s Hospital in her hometown of Louisville, Kentucky.

“She’s apparently already been there an hour, going to see every kid (it’s a full hospital too!),” one onlooker at the hospital tweeted.

“[S]he’s been there over an hour now! Friend says she’s visiting every single kid, spending time with them all individually!”

Several adorable snaps from her visit were posted on Twitter.

Her holiday hospital trip was decidedly more enjoyable than her last.

Jennifer Lawrence beats Miley Cyrus as Entertainer of the Year >>

“I thought I had an ulcer, and it turns out it was a fulcer — grhh!” Lawrence joked with David Letterman of some stomach problems that resulted in medical attention. “I just had this really bad pain for like three weeks, and you can only s*** your pants so many times a day before you, like, have to go to the emergency room, before you’re like, ‘I need to go to the hospital!'”