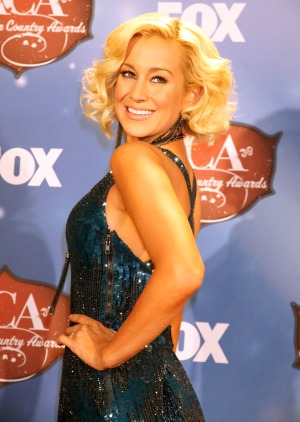 Kellie Pickler’s mission to bring Christmas cheer to deployed troops has taken her on quite the adventure.

Kicking off a USO tour on Dec. 20 — notably not her first, but seventh — the adorable country star visited two countries in the Middle East as part of a nine-day trip that includes five scheduled shows.

Music review: Kellie Pickler’s “The Woman I Am” >>

Pickler, seen here glowing at the 2013 American Country Awards earlier this month, explained in a statement, “The USO tours and programs I’ve been a part of have definitely been the highlight of my career, so I’m honored to join the USO in helping to raise awareness about the many precious moments that our troops and their families sacrifice due to their commitment and service to our country.”

Explaining why this particular campaign is a passion of hers, Pickler added, “[It’s] close to my heart because it not only recognizes their personal sacrifices, but gives Americans the opportunity to thank our troops with a special gift of a moment.”

A cow for Christmas? What could be cooler? >>

Check out a pair of Kellie Pickler’s Twitter messages and photos to fans far and wide from her USO tour adventures:

Not every Christmas do you get 2 fist bump a soldier while hanging your feet off the back of a Chinook in Afghanistan pic.twitter.com/nBwNPMnOf7

Kyle and I flying high in the cockpit of a C-17!! #USOtour 🙂 pic.twitter.com/R0cNiQreKh

Kellie Pickler, whose blonde locks are growing in nicely after being shaved completely off in a show of support for a friend battling cancer last year, reportedly told the troops during one of her performances, “There’s no place I’d rather spend Christmas.”